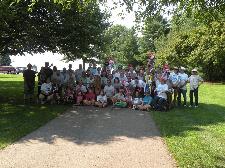 *Contact me if you want to walk in a city near where you live!