Great Strides is the Cystic Fibrosis Foundation’s largest national fundraiser. Every year, families, donors and friends take steps to help support the search for a cure. In this section, we’ll feature a special person or team who played an integral role in Great Strides and within their local CF community. We hope you’ll find this story to be inspiring as we continue to make Great Strides in our efforts to find a cure for CF!

Bringing the Community Together Through Jake’s Lemonade Stand

Since 2009, the Wheaton, Illinois community comes together for “Jake’s Lemonade Stand,” an annual fundraiser to support Jake Weber, who is 18 and lives with cystic fibrosis. Over ten years have passed since the lemonade stand began, and the neighborhood continues to fully embrace the event to support the mission of the Foundation.

“The idea first started when Heidi Nassos, one of Jake’s friends, started the fundraiser as a part of a school project,” said Jake’s dad, Todd. “We have held it each year since then, and it has really taken off.  When Heidi went off to college, Jake and Eric Nassos took over planning this special fundraiser along with Jake’s sister, Kate.” 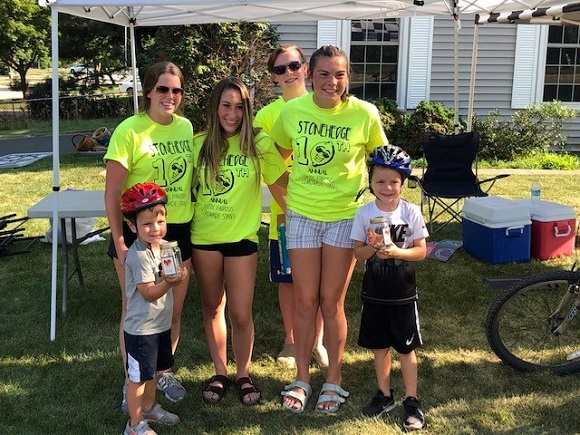 Together, they promote the event on both social media and throughout the community and reach out to local grocery stores and restaurants for baked good donations among the countless treats that the neighbors bring along. “It never fails to amaze us just what folks are willing to do, whether that is coming out and donating or putting in time to bake for us,” said Todd. “Our neighbors are extremely generous - donating their time, front yards, and even snow cone and cotton candy machines.”

Even if people cannot attend in person, they can still show support for Jake. “We decided to make a virtual lemonade stand by using the Passion Fundraising site,” said Todd. “This enables folks from anywhere to support the event.”

This year’s “Jake’s Lemonade Stand” raised more than $4,500 from donations, bringing their total contribution to over $35,500.  As Jake gets prepared to attend Bradley University in the fall and study Game Design, his sister Kate is excited to take on organizing the fundraiser for the years to come.

Todd encourages people to reach out to their community, share their story, and keep fundraising. “Never underestimate the amount of support people are willing to lend,” he said. “The worst thing that someone can say is no.” 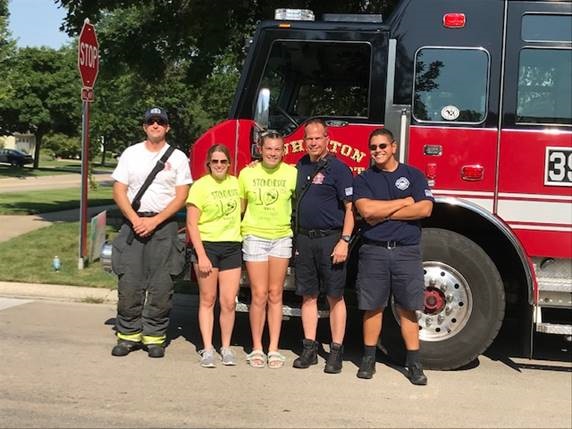