Join Our Team   Register for This Hike   View Team Members 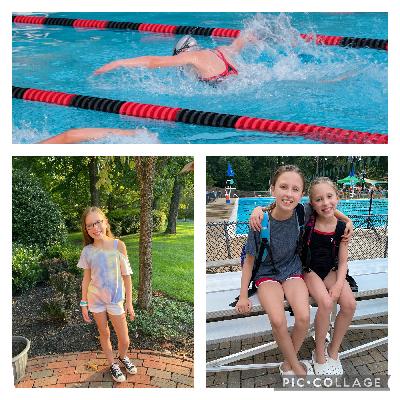 We hope you all are well and have all been staying safe, but hopefully enjoying some more flexibility in your summer plans as compared to last year! Summer swim team and a week at the beach took center stage for us this sumer. And while COVID concerns are still dominating much of our lives, especially as the kids return to school, we are turning our attention to the annual Xtreme hike to benefit the Cystic Fibrosis Foundation in the fall.  This year we'll be at Sky Meadows State Park, situated along the Appalachian Trail just north of Shenandoah National Park.

On the CF front, it's been another good year, with research continuing to work towards a cure for all with CF. As many of you already know, Morgan is benefitting from a drug called Kalydeco, which has been instrumental in treating the underlying/cellular conditions of CF. It was the first drug of its kind, but it only worked for a small percentage of people with CF. More recently, a drug called Trikafta was released, which has been approved for 90% of CF patients! Not only is the drug effective for a large number of people, but it is HIGHLY effective, and CF patients are seeing huge improvements in lung function and quality of life. Unfortunately, there are still CF patients for whom no good treatment yet exists. But the CF Foundation continues to fund efforts to find both treatments and a cure, and there's been some exciting work around CRISPR gene editing, and even possibilities around MRNA technologies, which powered the hugely successful COVID vaccines.  We won't stop hiking and fundraising until there is a treatment for all CF patients, and eventually a cure.

For her part, Morgan is incredibly strong, and has stayed healthy yet again this year. This is thanks, in no small part, to her steadfast commitment to a daily treatment regimen of breathing treatment and exercises, as well as medications (both pills and nebulized) that she does every single day - in the morning, at night, on vacation, etc.

Thank you so much for reading, and as always, thank you for your continued support, which we know - especially this year with many facing so many other challenges - may come in many forms. Thank you for considering joining the hike or supporting Team Morgan. We will keep you posted on our progress and wish you all a wonderful and safe fall.

PS. For those that aren’t familiar with CF, it is a progressive, genetic disease that causes persistent lung infections and limits the ability to breathe over time. In people with CF, a defective gene causes a thick, sticky buildup of mucus in the lungs, pancreas, and other organs. In the lungs, the mucus clogs the airways and traps bacteria leading to infections and extensive lung damage. In the pancreas, the mucus prevents the release of digestive enzymes that allow the body to break down food and absorb vital nutrients.