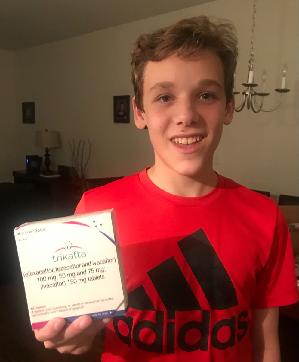 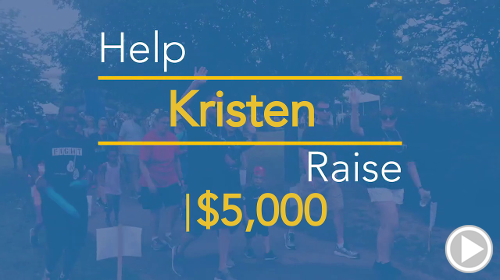 My Cause - Finding a cure for Cystic Fibrosis

My son Noah was born with this devastating, genetic disease, almost 14 years ago. I made a promise back then, that I would save his life and keep him safe. Many nights I wondered if I could keep my promise. When Noah turned 6, that promise would come with some major obstacles. Noah spent 7 MONTHS on IV antibiotics and antifungal drugs to combat a SEVERE lung infection from bacteria and fungus. Aspergillosis is a very scary fungal infection that took a superstar CF kid who never had an issue, to a very sick little boy. He first was hospitalized for 3 weeks and went home on IV antibiotics. 6 weeks later, with no real improvement, they pulled his picc line and said that there wasn’t anything else they could do for him. After his doctor consulted with other lung specialists and did more research, multiple surgical procedures, 2 CT scans etc, he discovered aspergillus was invading his lung tissue. He was admitted for another week in the hospital and got a new picc line. We then continued his antifungal IVs at home for 7 MONTHS. We went to CF clinic once a week for so many months I couldn’t keep track. I slowly watched his lung function go up a few percentage points each week. I would do IVs while he was sleeping throughout the night and even while we were out doing errands! I spent 1.5 years homeschooling him to keep him from catching other colds or flu while he struggled to regain his lung function. There was a time when we did not know if he would even recover at all. After 2 years, he was back in school and playing multiple sports to help keep his lungs strong. 2 years of agony and watching my son go through tests and more tests.

Thankfully, 90 cents of EVERY dollar donated to the Cystic Fibrosis Foundation, goes directly towards life saving research that is treating the genetic defect, not just the symptoms! This disease is being changed by YOUR love and support.

In November 2019, Noah was approved to take Trikafta. It’s a drug that treats the cause of the disease. It’s approval allowed up to 90% of people with CF to have an effective treatment. This is a science at its best! However, there are still 10% of patients that don’t have anything like this. We need to keep fighting for them which means more funding for research.

Your donation is tax deductible and some companies will also match your donation. The Federal Government does not provide any federal funding for Cystic Fibrosis (CF is an orphan disease - only 30,000 people in our country have CF), therefore we rely on private donations and fundraising.

Cystic Fibrosis causes thick, sticky mucus in the body, due to a protein in the cells that doesn't function properly. This results in lung infections that eventually lead to progressive, permanent lung damage. It also affects the pancreas and liver and most other organs in the body. On average, a CF patient loses 2% of lung function every year. Most CF patients will eventually need a double lung transplant if we don't get new medications to STOP the progression of this horrible disease.

WITH YOUR HELP, CF WILL ONE DAY STAND FOR CURE FOUND! I believe this will be in my lifetime!

This year we are walking on May 2, 2020 at 10 am (check in is 9am). Location is Cedar Crest College. Enter "Cedar Crest College" in GPS (NOT the college address) and it will take you to the Cedar Crest Blvd entrance. Park in Lot C and join us on Lee's Lawn for Festivities!

Please join Noah's Hope and help us in our daily fight against Cystic Fibrosis!