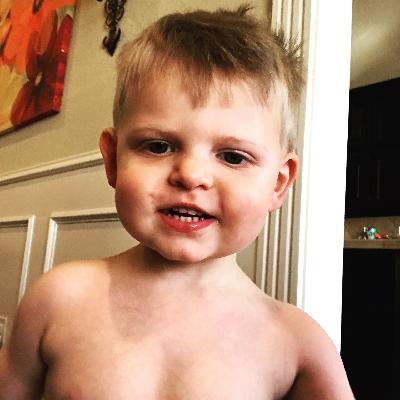 Owen was born on February 7, 2017. He was transported to Cook Childrens' Hospital in Fort Worth on February 8th, 2017 because x-rays showed Owen had a blockage in his bowels. Owen had abdominal surgery for meconium ileus on February 9th. We spent two and a half weeks in the NICU helping Owen recover from surgery. It was during our stay in the NICU that the results of the newborn screen were returned, and Owen was officially diagnosed with Cystic Fibrosis.

The diagnosis came as an enormous shock. How could our perfect baby boy have CF? The pregnancy was perfect. The labor and delivery was perfect. Richard and Keenan had no idea that they were CF carriers. After the shock wore off, Richard and Keenan decided the best thing to do was be positive, research as much as we could, and join the fight against CF. We are committed and determined to make CF=CURE FOUND.