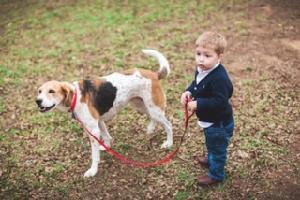 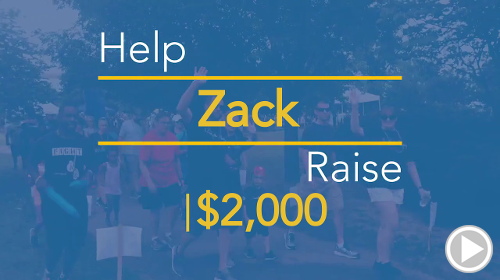 In the U.S. there are around 30,000 people living with cystic fibrosis – a rare genetic disease that causes the body to make thick, sticky mucus, which builds up in the lungs, the digestive system, and other parts of the body. This causes persistent lung infections and limits the ability to breathe over time. Our little guy, JD, is one of those 30,000 fighting CF.

John Dawson “JD” Williams was born January 5, 2017. Fortunately, JDs CF diagnosis came 24 weeks into the pregnancy, which meant his amazing CF team at Cook Children’s Dodson Specialty Clinics was able to be put in place before he was born.

JD is now three years old and for the most part, has been incredibly healthy! It has been over 2 years since he was last admitted to the hospital and we are so fortunate and thankful for another year of great health! He coughs a lot, but continuously has had excellent reports from Clinic: X-rays have always come back clean, lungs have sounded clear, he hasn’t cultured anything too bad, and overall has had a fairly clean slate! He does chest physiotherapy (CPT) every day to break up the mucus in his lungs. He is pancreas insufficient, which means he has to take enzymes before he eats to help him breakdown fats and proteins, and absorb nutrients. Speaking of which, he is very proud that he is now able to swallow the pills on his own. When he is sick, or his cough is particularly rough, the daily routine changes: we increase CPT by doing it multiple times a day, do inhaled breathing treatments 1-3 times per day, and add antibiotics and/or steroids when needed. When healthy, JD goes to the Cystic Fibrosis Clinic at Cook Children’s hospital for treatment and testing every three months.

I was lucky enough to meet JD in the summer of 2017 and he quickly became my best friend. He is a typical toddler who loves to play and laugh! JD loves sports, particularly football and basketball and is already a huge Luka Doncic fan. He  loves being outside riding his bike, scooter, or jeep, and playing with his dog. JD is also obsessed with all things outerspace and constitantly talks about his plans of becoming an atstronaunt and going to Mars! CF does not, and never will, define JD. He is a tough and determined little guy, and we know he has a LONG life ahead of him and will do great things!

When JD was first diagnosed with cystic fibrosis, the average life expectancy was only 39 years old. Today, the median predicted age is in the 40s! That is still far too young. JD, along with the other 70K people around the world with CF, deserve to live much longer than that.

Because CF is considered an “orphan disease” – affecting fewer than 200K people nationwide – there is NO federal funding available for the development of drugs for treatment or curing this disease. This means that nearly EVERY cystic fibrosis drug available today was made possible by the Cystic Fibrosis Foundation. This means that fundraising is CRUCIAL to treat CF and to move toward finding a cure for this terrible, life-shortening disease.

Though there is currently no cure for CF, the pipeline of new drugs and treatments is incredibly hopeful. On October 21, 2019, the FDA approved elexacaftor/ivacaftor/tezacaftor (Trikafta™) for people with CF 12 years and older who have at least one F508del mutation. The approval of the triple-combination modulator represents a truly transformational milestone in the fight against CF. With the approval of Trikafta more than 90 percent of people with CF could eventually have a highly effective therapy for the underlying cause of their disease. Trikafta targets the defective CFTR protein - it helps the protein made by the CFTR gene mutation function more effectively. This is not a cure, but it is a BIG step forward. We are OVERJOYED by this advancement and EXCITED for the future! None of this would be possible without the love and support of so many people who donate to the CF Foundation through fundraisers like Great Strides!

Please help us keep up the momentum of life-saving CF research and drug development so that someday soon CF will stand for Cure Found!

On May 17, 2020 we are leading "Team JD" in the Great Strides walk event at Panther Island in Fort Worth to raise money and awareness for the Cystic Fibrosis Foundation. Please consider joining us at the walk and/or donating to Team JD.

Thank you for your support!