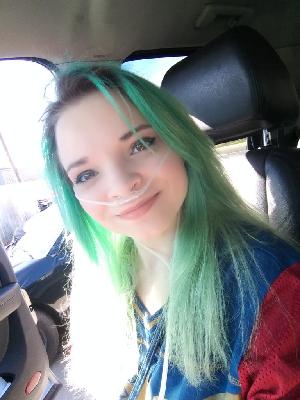 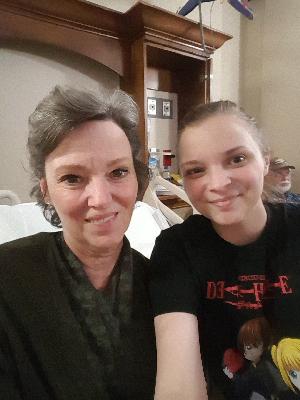 My mom and me while I was in the hospital 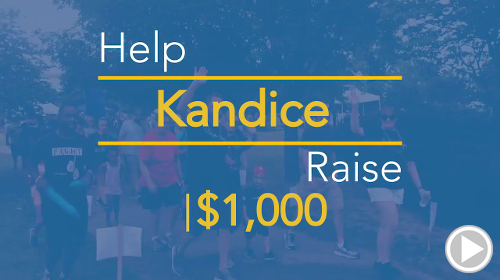 Hi, my name is Kandice Birchfield and I have Cystic Fibrosis. I'm 27 years old and for people born in 1992 to 1996 the average life expectancy is currently 31 years of age. While that maybe the average it is not how old most of my friends have lived to. I have lost more friends to this disease before the age of 30years old than most people have lost by the time they are 80 years old. Cystic Fibrosis is a life threatening terminal disease. It effects over 30,000 in the US alone. It is not gender or age specific. Anyone from new born baby to how ever long they live is effected by this disease. While lung transplant can be a saving grace it is not a cure and sometimes comes with evern more set of issues. Cystic Fibrosis, while has come along way with medical technology, still has no cure and kills so many every day. I have lost family at the young age of 15 years old and a friend who lived to be 29 years old. I have only a handful of friend left with this disease and I watch them wait for lungs in hope for a second chance at life, and extension before the inevitable. Don't get me wrong there is so much hope and happiness. It's not all bad, but at the same time this disease is to not be taken lightly. I alone have lost a lot of my health and capabilities just in the last year or two. The hospital is a second home and for some their only home. This disease is difficult and progressive. I will tell you my story now.

In 1992 I was born, and written on my chart was FAILURE TO THRIVE. My family was told I wasn't coming home, and because of a bowel defect, as soon as I was born they took me in for surgery to remove 10 inches of my intestines. Luckily they were wrong and I survived and got to go home, but the first few years were full of hardship for my family and I while my health yoyoed. Around the age of 6 years old another problem arose. I was under weight, under height, and was making my own little chart that didn't exist. They found out I had Celiacs disease and at that point it was not a good thing. Things got a little more complicated but with a diet change and the care of my parents I got better. I got lucky and for about 2 years I had no really issues. At the age of 8 they found out I had nasal polyps and surgery was required, this continued every year for 3 years (basically being my only issues those last few years). And for another 2 years I seemed to be free of any major issues. One day we got the news that my cousin (who had CF) had passed away at the age of 15 years old, and not even a few months later the doctors found out I had an antibiotic resistant staph infection in my lungs, which back then the plan was just to keep it from spreading from one lung to the other and attack it with IV antibiotics as soon as possible. So we did at the age of 13 years old I started, what I remember to be, my first round of home IVs. And once again things were better but this time I got lucky and was in the clear for more than just 2 years. I was clean bill of health, as much as a CF patient can be, till the age of 17 years old when I got the flu for the first time. I was rough but some how not as rough as it could of been or should have been for someone with my health issues. A year later I got pneumonia and it took me down hard. With the help of my amazing team of doctors and my family and friends, I was in the hospital and recovering rather well. It did damage that we didn't see coming and for a few years I was in and out of the hospital at least twice a year. I used to think that was bad but I learned over the years it was just the start and nothing too serious. Over the next 8 years more health issues arose, hospital stays became more frequent and longer, and breathing and everything else got a lot harder. I know have a list of health issues that can cover half a page and a list of meds that can cover two pages, but along with that comes the hope I was speaking of. Because of the Cystic Fibrosis foundation and the medical advances they have made I'm 26 years old, married, happy, and have so much love and happiness in my life that I never would have gotten with out the medications the CF Foundation found and created for us Cystic Fibrosis patients. Because of these wonderful and amazing people I hope to out live the age of 31 years old and continue to love, laugh and be happy as I can be.

So please if you can even donate a penny to help us find better medications, better machines, and maybe even someday soon a cure, please donate! Every penny counts. We may have Cystic Fibrosis but it will never HAVE US!!!
View More
Donate Now
Join Kandice's Team!
Kandice's Kadets
Achievements
No Badges Have Been Earned
Personal Progress:
of Goal
$20 Raised
$1,000.00
Fundraising Honor Roll
Facebook Fundraiser
$10
Facebook Fundraiser
$10