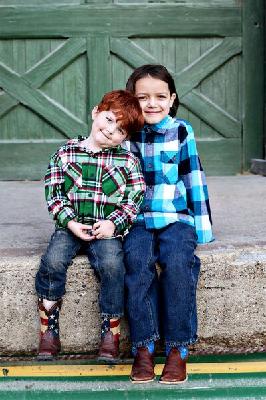 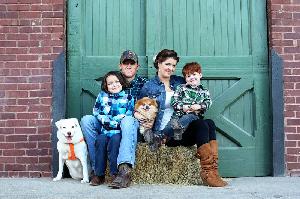 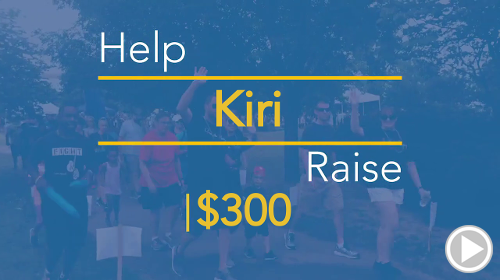 My name is Kiri Roeseler and I have two sons with Cystic Fibrosis; Tanner James and Caleb Jeffrey.

When I was 4 months pregnant with Tanner we found out that we were both carriers for Cystic Fibrosis and that there would be a 25% chance our son would have it.  Before that moment we knew nothing about CF and we started to research.  Google can be your worst enemy at a time like that.

When Tanner was 3 days old he was rushed 2 hours away in an ambulance to specialty children’s hospital for a bowel obstruction.  While there he went through a number of medical examinations and was started on a slew of medications.  We were having to spoon feed our 3 day old son enzymes mixed with applesauce just so that he could digest his food and we were doing nebulized breathing treatments and beating him on his back to help break up the mucus stuck in his lungs.  It was such a bizarre, crazy life we were thrown into.  This was our welcome to CF moment… every CF family has one.

Becoming a parent for the first time is so scary.  You have no idea what you are doing and you are entrusted with this child and you leave and go home and you have to do it all on your own.  We went home from the hospital with a small pharmacy in tow and normal parenting concerns seemed so minuscule compared to fighting to keep our son alive and healthy.

Two years later, with a good grip on what was in store for us we decided to try again and once again we had a little boy who also had CF.  At the time it seemed like a curse, but it was most definitely a blessing in disguise.  Tanner now had a little brother who did breathing treatments and took pills and had to go get exams and x-rays with him and he didn’t feel so alone.

One of the most unbearable things about having a child with CF is that you can’t introduce them to other children who are going through the same things in life.  When you have a child diagnosed with Cancer or any of a number of other diseases they can meet friends who are fighting the same battle.  With CF you don’t get that luxury.  It is such an isolating disease because of the risk of spreading infections to each other.  It is the only disease I know of that isolates its patients.  Tanner and Caleb are so blessed to have one another.

Most people don’t realize how all-encompassing CF is (I know I didn’t)… In order to survive, or to help your children survive, CF becomes everything.

At times balance seems impossible.  You have to find a balance between maintaining their health every day and still allowing them to be boys and to live the life that they deserve to live.  As a mom, I would love to put them both in bubbles and keep them safe inside my house where nothing can harm them…but they want to run and play and go to birthday parties and play sports and have fun.

We put CF first so that we can get it out of the way.  The boys both wake up to a breathing treatment every morning consisting of vest therapy for 20 minutes, and 4 nebulized medications that take an hour to complete (this happens 3 more times per day when they are healthy).  They each take about 20 pills per day to maintain their health and Tanner now sleeps with oxygen on every night because his lung damage makes it hard for him to maintain healthy oxygen levels while he is sleeping and both boys get continuous feeds through feeding tubes at night while they are sleeping.

One of the hardest things to accept for myself and my husband was that living with CF means being humble, we need help and we can’t let pride get in the way of asking for it.  Each year we do the Great Strides walk, we sell t-shirts, we go to our old clinic and do their walk, we’ve done stair climbs, bike rides and races.  We do auctions and have created a calendar that features 15 months of kids with Cystic Fibrosis.  And this year we hosted a First-Dose party to celebrate a new drug the boys are able to take!  We do all of these things in the hopes of finding a cure for Cystic Fibrosis.

Some families picnic together… CF families fundraise together.