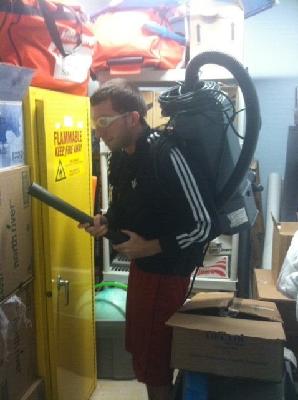 I Ain't Afraid of No Phlegm

I Ain't Afraid of No Phlegm

If you're not too familiar with Cystic Fibrosis, it is a rare, genetic disease, that has robbed people of tomorrows - progressively limiting their ability to breathe and tragically shortening life. There are approximately 30,000 Americans living with CF. They are moms, dads, sisters, brothers, daughters, sons, friends, and co-workers who struggle every day in the face of this devasting disease. We walk in Great Strides for them.

By joining our Great Strides team and making a donation, you will be part of a tenacious and passionate group of people committed to ending this disease. Together, let's make CF stand for Cure Found!