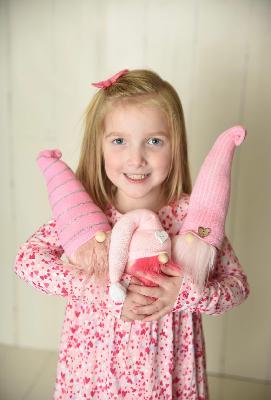 Our daughter Linley Brice Paquin was born at 32 weeks, via emergency C-Section. She had a blockage in her Large Intestines and had to have exploratory surgery on day 2 of life. During surgery they removed 30% of her large intestines due to blockage and dead intestine. During surgery the surgeon found Meconium Beads, leading to the suspicion that Linley may have Cystic Fibrosis. They ran some preliminary test, and sure enough the results came back positive for CF. CF had not shown up on either side of our families and came as quite a shock to everyone. It has been a learning curve and she has been through so much since being born. She was in the NICU at the University of Minnesota Children's Hospital for 4 weeks and then the St. Cloud Hospital for a week. We were able to bring her home for a couple weeks before she was admitted to the U of M Childrens Hospital again, due to failure to thrive. During her admittance, Linley had another surgery to have a G-Tube placed. The placement of the G-Tube has allowed Linley to gain weight and work towards her growth chart goals. We continue to learn more and more about the Cystic Fibrosis Disease, and appreciate any amount you are able to donate so we can hopefully find a cure for this disease some day!