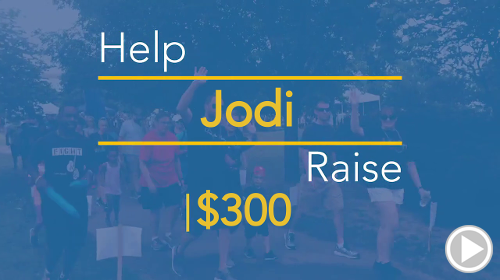 As parents, we look at our children and believe God has blessed us with a miracle, and for some, that miracle begins as a journey. Anxious excitement at the thought of having children of our own soon turned to the reality of infertility. We stayed positive and started the In Vitro Fertilization (IVF) process. In the early stages of IVF, the clinic ran numerous tests on me, one was the CF test, which tested for Cystic Fibrosis. The test came back positive as a carrier of R117H – one of the genetic mutations that causes CF. Not only did I not know I had this gene, but I had no idea what Cystic Fibrosis was. The nurse gave limited details about it and told me my husband would need to come in to be tested. My husband, Tom, was given the same test that I was (a blood test) and his results came in two weeks later. His results showed he was not a carrier. At this point we were told the worst thing that could happen was one of our children could be a carrier of CF. They explained that this means they will not have the disease, but could be a carrier, just as I was. We stopped worrying about CF and started our long IVF journey, knowing that we were on our way to becoming parents!

Our twins, who are now 7, burst into our world, bringing joy, chaos and the understanding that having children infinitely grows our hearts – our loving family began. We knew we wanted more children, so we planned for our next child and our Gavin was born. When Gavin was born, he was a healthy, robust little boy with cheeks that went on for days. After a few days in the hospital, we brought our 9 lb baby home. The hospital does standard testing of babies before they leave the hospital and a few weeks after we were home we received a phone call regarding his newborn screening. They were extremely vague on the phone and when they told me Gavin showed his levels elevated for CF, I told the women on the phone we knew one of our kids could possibly be a carrier. I thanked her for telling me this info, and I assumed I needed to know so I can let him know later on in life. She explained that they wanted him to get additional testing. I was confused by this, so I called my husband and then called our pediatrician. She told us it would be best to give Gavin a sweat test. I didn’t know at the time, but this test is the most reliable way to diagnose CF. I had no worry in my heart because I had been told that the worst thing that could happen was he would be a carrier, but because the doctor requested, I took my sweet little newborn down to get a sweat test done. The test came back and wasn’t positive, but it also wasn’t negative. They thought Gavin might have been dehydrated when he took the test, so we waited a few months to do the test again. This time we took him in well hydrated and ready for the test. I just wanted to get this over with and behind us because I was getting frustrated that I was doing all this just to find out he was a carrier. Gavin was a thriving, growing baby so I just knew he was fine – children with CF will sometimes show failure to thrive and that was definitely not our Gavin.

A few days later, the test results came back and we were still in the same boat. The result was not low enough for them to say he did not have CF, but not high enough to conclude he had CF. Our pulmonologist called to have a phone conference with us. He went through how he can’t say yes or no and he was surprised that both tests came back inconclusive, we were told to wait till he was five and do another sweat test, unless we saw a decline in his health. I was relieved, thinking this was all kind of a silly process to go through just to find out he was a CF carrier. Gavin turned one in October and he was still growing normally, but we noticed that he would often clear his throat. I started to get that feeling a parent gets in their chest, and started to pay close attention to everything Gavin did. Small coughs, breathing funny, and started an even more careful regiment of healthy lifestyle habits with hand washing and antibacterial soap. All the while, I tried to push these nervous thoughts aside, watching my energetic, happy son grow and thinking – there is no way– he’s too healthy and vivacious! On the flip side, my husband had started to take notice too, and he quietly worried and watched and researched. We noticed Gavin had a few normal childhood sicknesses that seemed to take him a bit longer to get over and we had to use a nebulizer and steroids for him to get healthy again. We had started the process to have another child, but my husband wasn’t quite convinced that we had all the answers we needed related to Gavin’s health. Everyone told Tom he was a worry wart, that there was no way that he was also a carrier since he had already been tested. Even so, his daddy instincts took over and he decided to put his fears to rest and get a DNA sequencing done. DNA sequencing is the only absolute sure way a person can know if they are a carrier of a CF gene. Although the blood tests are accurate, they are not able to identify every possible genetic mutation of CF.

A few weeks later the results came back and we were shocked when they told us Tom had a rare CF gene mutation. I will feel that moment, emotionally and physically, for the rest of my life. My world completely stopped; did my amazing 18 month old have this disease? I had so completely thought the tests were wrong that I had not really spent time learning about CF, or even understanding what it would mean for our son and our family. The only part of the word CF that reverberated through me was all the terrible things about the prognosis – and how it might affect my child. As I looked at my smiling, laughing, goofy, loving child, the one that gave me hugs several times a day saying “I ov ew, I ov ew mama”, I refused to believe it. I knew there was absolutely no way my child had this disease.

We decide to do a DNA sequencing on Gavin. A few days before Thanksgiving we were given the results that Gavin has both of our mutations and our worst fears came true, Gavin has CF.

Gavin is now 3 years old. Our lives have been redirected into a fervent desire to learn, watch, and protect. We want to learn all there is to know about CF. We want to watch our child for signs, since we know that the more a child with CF gets sick, the harder it becomes for them to fight off illness in the future, and we want to protect him from illness and germs and anything that may affect his health. Gavin goes to clinic every three months with us to see a team of doctors who will continue to keep a close eye on him. Tom’s CF mutation is so rare that we don’t know what the effects of this mutation combination can mean for Gavin. We have now started his daily breathing treatments with physiotherapy. This routine will be a part of his life from now on. Every illness brings worry, we watch his oxygen levels, his breathing, his coughing. We wash hands constantly. His brother and sister are diligent little advocates for Gavin. They wash hands without complaint, are careful about what he eats, and understand more about caring for Gavin than most adults. We inform others so they can be careful and not bring sick children around Gavin. We consider every venue we will attend – concerned about whether it will be too confined, which may promote germs. We worry about other CF children who can be Gavin’s greatest risk – because CF children can harbor bacteria that is harmless to other children, but can be devastating if transferred to another CF child.

Our children are our greatest joy in life. We do not let CF take from the incredible wonders our children provide us every day. The change is that our daily life has taken on a new focus, and it includes educating others, supporting CF fundraising, and foremost, keeping our child healthy. We never believed we would be facing this challenge, and we know there are others out there who are unaware of CF and what it does. I hope that sharing this story brings awareness and compassion. Cystic Fibrosis is a horrible disease. When I watch my beautiful, innocent son struggling to breath, telling me he is “dizzy” (how he feels from a lack of oxygen) and having to stop playing because he can’t breathe, I feel a panicked need for hope. Hope comes in the form of research and knowledge for a CF family. They have learned so much the past few years, but because CF is considered a rare disease (over 30,000 people in the US have CF), research is not funded from government grants. The cure for CF is in the hands of the people who care. I hope that by sharing our story, you care and together we find our way to a cure.

There are approximately 30,000 Americans living with cystic fibrosis. They are moms, dads, sisters, brothers, daughters, sons, and friends who struggle every day just to breathe. I walk for them. Will you join me and support my fundraising goal?

Real progress has been made for those who have CF, but there is still no cure for this devastating disease and many lives are cut far too short. We’ve come so far, but there’s still so much work to do. I will not stop striding until all those with cystic fibrosis have a cure. Will you join me? Please consider donating to my Great Strides fundraising campaign today!

We are at a pivotal moment in the history of cystic fibrosis and your support matters. Your gift will help add tomorrows to the lives of people with cystic fibrosis by supporting groundbreaking research and medical progress towards a cure. Please help me reach my fundraising goal!