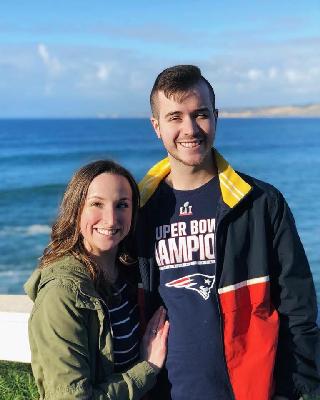 Our son Christopher was born in 1995 and was diagnosed with Cystic Fibrosis at 5 days old after quite a rocky start to his life.  At 24 hours old he was transferred to the NICU in a Boston hospital and the search was on to determine what was causing him to have such serious breathing and digestive issues. After a number of tests...it was determined that CF was the culprit.

CF is a genetic disease which affects virtually every organ in the body, with thick, sticky mucous building up and causing blockages.  While the lungs, sinuses and digestive systems are the most commonly affected, CF also affects the liver, kidneys, and reproductive system. The buildup of thick, sticky mucous provides a perfect breeding ground for bacteria and infection. Serious damage due to repeated lung infection is the leading cause of death in people with CF.

Chris works hard to keep his body as healthy as possible.  He takes more than 20 different pills every day in addition to breathing treatments 2-3 times per day and a vibrating vest treatment twice per day to keep the mucous from buiding up in his lungs. While he does culture a number of bacteria in his lungs, he is working hard to live as normal a life as possible. Chris has an incredible care from his CF Team at Boston Childrens Hospital. He’s been transitioning to an adult CF team at Brigham & Women’s which also includes him seeing a pulmonologist, nurse practitioner, nutritionist, physical therapist, pulmonary funtion technician and social worker at every visit.  It truly takes a village to keep people with CF healthy!

Despite his illness, Chris has worked hard to become a successful adult and has been working as an RN in New Hampshire. He is determined to give back to a medical community that has given him so much.

There is currently no cure for CF.  When Chris was born, we were told the median life expectancy was 18 years old. Chris is now 24 and due to the incredible push by the Cystic Fibrosis Foundation to actively seek research funding for multiple treatment options, we are getting closer and closer to a cure.

There are approx. 30,000 Americans living with CF who want the same thing Chris does: to grow up to live a full, adult life that includes graduating from high school, attending college, working in a field of their choice, marrying and having a family of their own.  These things were not considered reasonable possibilities in the not so distant past-this is not acceptable.

The CFF receives no federal funding for CF research and depends heavily on private donations. The CFF has an impeccable record of pouring virtually all of its donations into research and development of new drug therapies and treatments.  You may have heard or read that there are very exciting new medications like Orkambi, Kalydeco, and the newest FDA approved drug- Symdeko which Christopher recently started taking to  target the underlying defect of CF. There are so many other drugs in the pipeline which are designed to turn off the gene defect. We are truly getting closer to a cure but despite some great advances, we are still losing far too many people to CF at a young age.

Please consider joining or sponsoring our team. If you find sponors to support you and would like to walk with us, the Great Strides walk is on Sunday May 19th at the Endicott Estates in Dedham, and we'd love to have you! If you can't walk, but would like to donate to our team-"Christopher's Friends", you can do so right on this page. Thank you!  Every donation counts and is deeply appreciated.  We won't rest until people can say “I USED to have CF!”