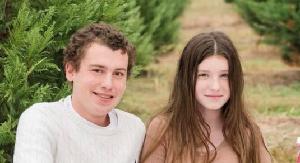 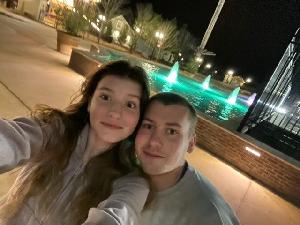 In 1999, we learned two of our least favorite words – cystic fibrosis. Tracy’s first born was diagnosed with this genetic disease and at the time, the life expectancy was early 30’s. We were devastated. Later that year we learned about the Cystic Fibrosis Foundation and the advancements being made in the treatment of CF. We knew we wanted to be a part of that progress, so we started a Great Strides Team – Brendan Bears. As Brendan added candles to his birthday cakes, the Foundation was adding years to the life expectancy of CF patients and we added walkers (and most importantly dollars) to the Brendan Bears Great Strides Team. We also added to our family in 2009, when Bella was born. She too has Cystic Fibrosis. However, by the time Bella was born, the life expectancy had climbed to the late 30’s. We could see that our involvement, along with the thousands of others raising money, was making significant progress toward a possible cure.

This year marks our 22nd Great Strides Walk and we are excited to let you know that both Brendan and Bella have started “Trikafta” which has drastically changed both of their lives. While they are still faced with some medical issues, e.g. CFRD(Cystic Fibrosis Related Diabetes), Liver Disease and Kidney Disease, Trikafta has helped them literally breathe easier as they go about their daily lives.

Brendan has been taking Trikafta for over 2 years. During this time, he has had drastic improvements in his overall pulmonary functions. There have also been improvements with some of the other medical issues associated with CF. But with all the positives, this medication does have it side effects. We are hopeful that with continued research, these side effects will lessen over time.

Brendan is still attending the University of New Orleans. He is in his junior year and looking forward to finishing college and beginning his career. He has always been fascinated with planes and flying. With the improvements in his health from Trikafta, he has been able to fulfill his dream and take flying lessons. He has taken several flights with an instructor and has had the opportunity to not only fly the plane but land it himself with little to no help. Becoming a pilot has always been one of Brendan’s #1 goals and we are so proud to see him being able to fulfill this dream. We are excited to see where life takes him as he transitions into becoming an adult and we know that he will continue to succeed. He has his future in his hands and we are excited to see where that future leads him.

Bella is now a teenager. She is a typical 13 year old girl who loves hanging out with her friends, trying new make-up or hair ideas and listening to music. When she turned 12, we were so excited that she was finally able to start taking Trikafta like her big brother. Even though Bella and Brendan have the CF mutation, CF affects them very differently. We are grateful that Bella has not had the lung bacteria or chronic lung infections but she does deal with chronic issues with digestion. Trikafta has helped her digestion issues and she has not only able been able to maintain her weight but actually gain a few pounds. Trikafta has helped her overall health and she has been able to participate is some extra-curricular school activities like soccer, softball & volleyball. We are excited to see Bella enter high school soon and take advantage of all the opportunities that await her.

The Cystic Fibrosis Foundation will not stop until life-saving drug therapies are found for ALL CF patients. They will continue to raise money in order to support the necessary research for these therapies. They also have begun funding research that will help fix damage caused by CF. This is of particular interest to our family as Brendan has incurred significant lung damage in his fight with CF. While we are still hopeful Trikafta will delay or possibly negate the need for a transplant for Brendan, we are also grateful for this new research focus.

The CF Foundation projects that within the next few years drugs could be available for 95% of CF patients like Brendan and Bella. This will allow them to live full lives with fewer pills, breathing treatments and hospital stays. Most importantly, the CF Foundation sees that people will be dying with CF, not of CF. We are on the cusp of changing what a diagnosis of cystic fibrosis means and the only way this is possible is because of the thousands of volunteers and millions of donors who support the CF Foundation through events like Great Strides.

We invite you to be part of our success by donating to our team or coming out to walk with us on Saturday, May 14th, at Lafreniere Park. Registration for the walk is at 9am with the walk starting at 10am.

Today, CF patients can expect to live well into their 30’s, 40’s and beyond, and it is because of the generosity of people just like you. For the last 20 years “CF” has stood for our least favorite word; but with your help, soon it will stand for our favorite as we make CF stand for CURE FOUND!