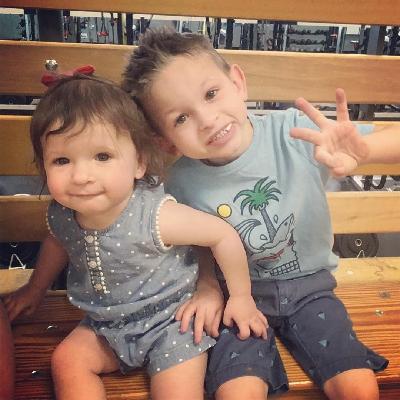 Event:  Valley of the Sun

Valley of the Sun

On August 31st 2017, Frankie Elizabeth, our third child and second daughter, joined our beautiful and blessed family. Nearly three weeks later, she was diagnosed with cystic fibrosis - a genetic lung disease that does not have a cure. And a little over a year later, on September 11th 2018, we found out our 5 year old son, Owen, also has cystic fibrosis.

Both children have a team of doctors that evaluate them every 4-6 weeks and my wife and I have to give each child 2-3 breathing treatments a day with airway clearance vest in the morning and night. They also have a lot medications and vitamins they must ingest daily just to stay healthy.

Seventeen years ago, the average life span of a child with CF was about 19 years of age; today, it's up to 42 years. A lot of progress has been made with new treatments and medicine, yet there is very little federal money (we were told it's next to nothing) dedicated to CF research. As a result, parents and families of loved ones with CF raise the majority of money dedicated to improving the quality of life for CF patients through the research and development of new treatments and medicine with the hope of someday finding a cure.

My wife and I are building a team - an army if you will - dedicated to fighting cystic fibrosis for our son and daughter, Owen and Frankie, as well as the other 30,000 kids and adults impacted by this disease in the U.S. If you are interested in joining OWEN & FRANKIE'S ARMY, select Join Our Team at the top of the page to join us in this fight.

***Frankie's Army originally assembled in December of 2017 for the CF Holiday Walk in Scottsdale, AZ just a few months after the birth of Frankie Pettinato. Frankie's Army enlisted over 112 recruits with over $10,000 raised for CF research. Consequently, Frankie's Army was the top team for the event with the most members registered and most dollars donated to CF research.***