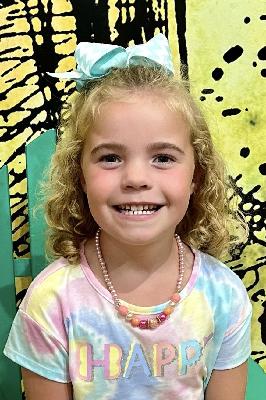 Addison was born on June 15, 2016. Shortly after being born, Addison started showing signs of abdominal pain that progressively worsened the next day. After demonstrating signs of abdominal distress, she was transported to the NICU Unit at Willis-Knighton Hospital in Shreveport. She underwent emergency abdominal surgery at only two days old. Much to our relief, the surgery successfully removed the bowel blockage that was causing her distress. However, her surgeon explained that Addison had suffered from Meconium Ileus, a bowel blockage most commonly associated with Cystic Fibrosis.

From the first time we head those two little words- Cystic Fibrosis- our lives were changed forever. Although we were overcome with relief that Addison had successfully survived the surgery and was recovering well, we were terrified of what the future may hold. Against my better judgement, I began to research and educate myself abut this disease, all the while hoping and praying that my fears would be unfounded.

We were able to take Addison home after only two weeks in the NICU. It was an incredibly joyful day and I was so relieved that our little family was finally under the same roof. However, it did not take long for my fears and concerns to creep back in, as Addison continued to show severe abdominal discomfort after every meal. She was also demonstrating Failure to Thrive- not growing or gaining much weight. I was deep in denial and convinced myself that she had terrible colic.

When Addison was two months old, I took her back to Shreveport for a sweat test- the definitive test for Cystic Fibrosis diagnosis. I prayed to God all the way there and on the way back home for a negative sweat test result. However, only a few hours after her sweat test was conducted, I received a call from the hospital. It was the senior physician at the CF Center at LSU Health in Shreveport calling to tell me her sweat test came back positive for CF. The rest of the night and days that followed are a blur as Nick, myself, and our extended family went through the grieving process. I remember the complete devastation I felt, and couldn't imagine ever feeling better.

Fast forward four years, and I can tell you that the old cliche saying is true: time really does heal wounds. Although we have faced challenges, we have also embraced our "new normal" and incorporated it into our daily lives. Enzymes before meals and snacks, nebulizer treatments, Chest Physical Therapy (CPT), and CF clinic visits have just become part of our routine. Nick and I have learned so much about CF since Addison's diagnosis. CF currently has no cure, but modern medicine, treatments, and research have made it a live-able illness- not the death sentence it once was. The life expectancy for CF patients continues to rise, and the overall quality of life has improved. This gives us hope and comfort as we daily combat Addison's CF.

With all of the medical breakthroughs that have recently occurred, I have to believe that we aren't far away from discovering a cure. It is my deepest desire for Addison to see a cure during her lifetime.