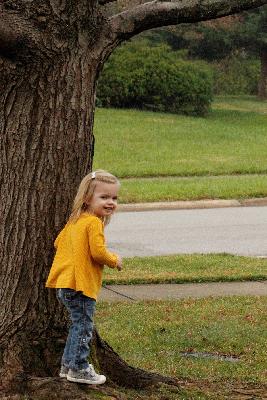 Rylee was diagnosed with Cystic Fibrosis at ten days old. The day she was born, nurses pricked her heel and caught tiny droplets of blood on a piece of paper. This paper was sent off to a lab. The results were then sent to our pediatrician’s office. We received the call that our daughter possibly had something called Cystic Fibrosis. At the time I had zero knowledge about CF, but was heartbroken by this label.

After confirming with a sweat chloride test (gold standard in diagnosing CF) the pulmonology team met with us at ten days old. Life looked different. We Googled Cystic Fibrosis and the life expectancy was somewhere in the 40s. The statistics of survival rate stared us in the face. Our team reassured us, “each patient is different, don’t read the statistics, scientist are doing an amazing job creating drugs to help treat the buildup of mucus”. These words played over and over in our heads. At the time we didn’t know how Rylee’s life was going to be, we still don't but she's doing amazing because of an amazing medication.

Her pulmonology team informed us about a drug study for children that carry certain mutations. Rylee was able to enroll in the medical study and started taking Ivacaftor at five months old. At the time this medication was approved for children in the US to start taking at age one, if they have certain CF mutations. Since beginning the study, it's now been approved for children starting at the age of six months. Rylee was enrolled in the study and Ivacaftor has reduced her sweat chloride number to almost as low as someone that doesn’t have CF.

This medicine has given our family hope. We no longer think day to day about CF. It’s a part of our day now. Her day starts with a yummy breakfast. We make sure at least one of the foods she eats is a fat containing food (avocado, whole milk, toast with butter or peanut butter, yogurt, cheese, egg). She was born pancreatic sufficient so she doesn’t need to take enzymes at this time. After finishing breakfast, we place her Ivacaftor on a spoon of yogurt. About once or twice a week she does her vest treatment. This is a small air compressor with two hoses attaching the machine and vest. The vest rapidly inflates and deflates to jolt mucus loose in her lungs so she can cough it out.

Having a child with cystic fibrosis has been hard at times but as she’s grown we’ve also grown and have educated ourselves about CF. We have days that go by and we forget about her “label”.

We pray one day a cure will be found! Join Rylee's Sweet and Salty Crew and help add tomorrows!

There are approximately 30,000 Americans living with cystic fibrosis. They are moms, dads, sisters, brothers, daughters, sons, friends, and co-workers who struggle every day just to breathe. We walk for them. Will you join our team? To become a member of our team, just click on the "Join our Team" button. From there, you can make a donation and start fundraising.

By joining our team and making a donation, you are joining a growing group of people committed to finding a cure for cystic fibrosis. We will not rest until all those with cystic fibrosis have a cure. The time is now. Together, we can conquer this disease. Nearly every CF drug was made possible by the Foundation, including Rylee's medication and because of funds raised from Great Strides, people with CF are living longer, healthier lives and pursuing their dreams!