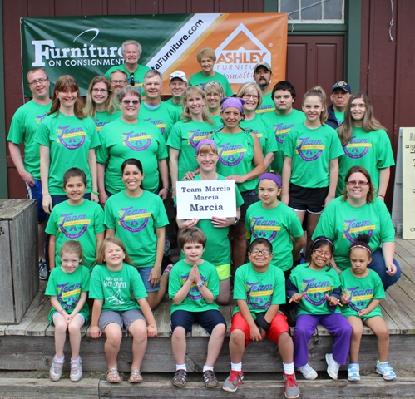 Our team is Team Marcia, Marcia, Marcia! This is our seventh year being a part of Great Strides. Marcia is a 49-year-old mom, wife, family member, and friend. She is a WSU alum and earned a Master's from the University of Missouri-St. Louis. She worked for many years in the finance world, first with the United States Air Force, and later with Wells Fargo. She is now the mom of two gorgeous 16 year-old children, and is very active in her church communty. On July 5th, 2013, Marcia recieved the life-saving gift of a double lung transplant. Then on June 4th, 2016, after a battle with rejection, Marcia was blessed to receive a second double lung transplant! The research done by the Cystic Fibrosis Foundation has helped Marcia in her fight against CF. Please join our team, or donate to help us continue to make Great Strides against Cystic Fibrosis!!