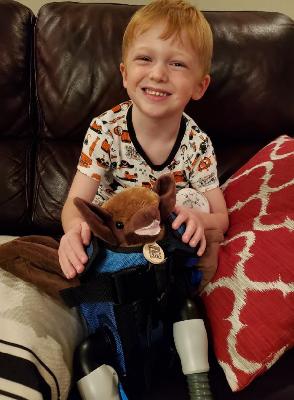 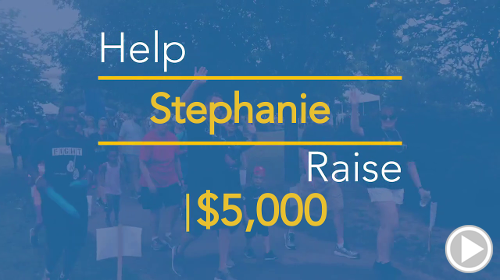 Dean was officially diagnosed with Cystic Fibrosis at the end of 2017, after going through several sweat tests, blood tests, genetic tests, a couple hospitalizations, CT scans, X-Rays, ECGs, and doctor visits that are too numerous to count. We started this journey when we first got the call about his abnormal newborn screening test results when he was only a week old.

Dean is now four years old. He takes at least 7 medications and does airway clearance therapies throughout the day every single day that take up a couple hours of his time. He has a $20,000 vest machine that violently shakes the mucus out of his lungs to help him clear it better. When he's sick, the medications and breathing treatments increase. We have to constantly monitor his food intake, weight gain, any new or changes to respiratory illnesses. And our visits to the CF clinic every month are usually a 3+ hour affair, seeing the nurses, pulmonologist, respiratory therapist, and nutritionist, taking throat swabs, and sometimes lab draws. Fighting insurance seems like a never-ending battle. But everything that Dean does is helping him stay alive and hopefully slowing the disease progression. He never has a day off from any of this, and neither do we.

Updates for this year: Dean completed a theratyping trial awhile back, which enabled him to get on Kalydeco. He's been taking Kalydeco for a year now, and it's been life saving. He's been the healthiest he's ever been because of this medication. Thanks to YOU and your donations, the CF Foundation was able to fund the research and development of this drug. However, we always hold our breath when dealing with insurance, since this drug costs a whopping $300,000 a year before insurance.

But we're not done yet... we need your support and donations to help fund other drugs to help extend Dean's life. CFers are facing antibiotic resistance, lung infections and inflammation which causes further damage, as well as issues with other organs. CF can affect every part of your body. One of Dean's mutations is a Class 1 mutation, and there are currently no drugs out there to help fix this. And he doesn't qualify for the newly FDA approved drug, Trikafta.

CF is a part of Dean's life, and ours, but we try to make sure this is something that does not define him. We fight this terrible disease head on, as a family and as a team.

Your donations will help Dean, and others, by helping fund research and development, and create new drugs that will increase his life expectancy and prevent or slow down the worsening of symptoms. Real progress has been made in the search for a cure, but the lives of people with CF are still cut far too short. There still is no cure for this devastating disease.

Your gift is 100-percent tax deductible, and a lot of companies will also do matching donations!

Thank you for all of your support, love, and donations. Hopefully one day we can make CF stand for "Cure Found."