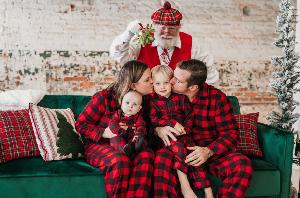 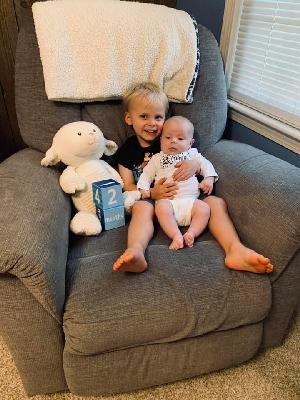 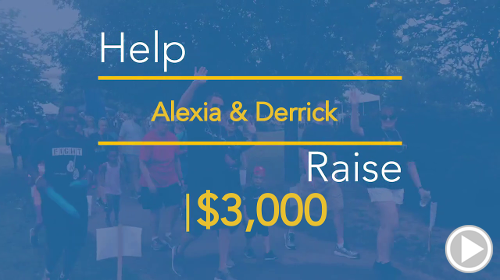 The Cargal Family is thrilled your support has allowed us to dream of a brighter future with the approval of Trikafta - but we're not done! We still need your help to have more than one option to slow down the progression of Cystic Fibrosis because if it doesn't work for James, we're back to square one.

But let's take things back to why we walk in Great Strides. Derrick and I became proud, first-time parents to James Alexander in 2016. It was a Monday evening, and probably THE best day of our lives. While we were terrified to begin this new journey in the world of parenting, we were thrilled to be parents of our perfect, sweet James.

But almost a month later, we received a phone call from James' pediatrician that rocked us to our core - our pride and joy was diagnosed with a terminal disease called Cystic Fibrosis (CF). During that call, our concerns were no longer "Is James doing well during his feeds?", "Is he growing well"? Instead, they changed to, "Does he need a lung transplant?", What's James' life expectancy?" "Are we going to have to say good-bye to our little boy so soon?" Thoughts no parent should have to think about flooded our heads. That night, when we came home from our first date-night since James was born, we came home and held our boy so tight. It was hard to let him go to let him sleep in his crib, on his own.

What is cystic fibrosis? We asked the same thing when we found out we were carriers of the disease when Alexia was around 14 weeks pregnant. Cystic Fibrosis is a life-threatening, genetic disease caused by a defective gene that causes a thick buildup of mucus in the lungs, pancreas and other organs. In the lungs especially, the mucus clogs the airways and traps bacteria which lead to infections, extensive lung damage and eventually, respiratory failure. In the pancreas, the mucus prevents the release of digestive enzymes that allow the body to break down food and absorb vital nutrients causing those with CF who are pancreatic insufficient to rely on enzymes at every meal. CF affects 30,000+ Americans. They are moms, dads, sisters, brothers, daughters, sons, friends and co-workers who struggle every day just to breathe.

We walk for James and everybody else battling this devastating disease every day. Will you join us? All we need you to do to become a member of our team is click on the "Join our Team" button. From there you can walk along side and make a donation. You can also support our team's fundraising efforts, if you'd like.

If you're unable to walk for a cure, consider joining our team virtually or donating. Know that your donation goes towards research, which brings us closer and closer to helping those with CF live a long and full life, in addition to the care centers that are so vital in battling this devastating disease.