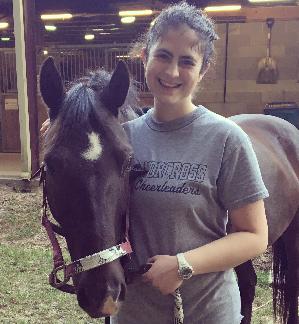 With my favorite pony at the barn! 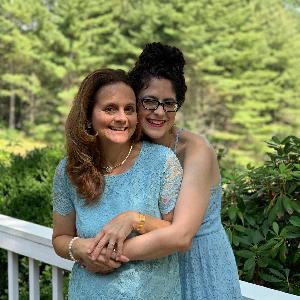 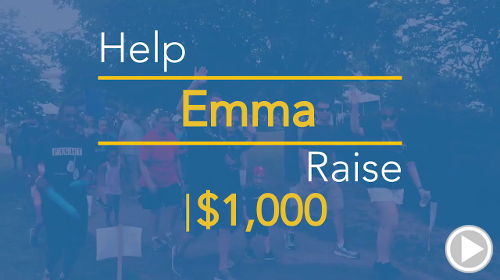 With my favorite pony at the barn!

Most of you know that I was born with cystic fibrosis, a genetic disease that affects the lungs, pancreas, sinuses, and intestines. To stay healthy, I have to spend at least an hour a day inhaling medications to break up the thick mucus in my lungs and keep the bacteria that reside there under control. I also take dozens of pills every day, work out 3-4 days a week, and spend lots of time with my team of doctors. It's a lot of work, but the payoff is that I get to spend my time pursuing my Ph.D. in biochemistry at Emory University, playing flute, Irish dancing, horseback riding, and seeing my friends and family!

It's a very exciting time in the CF community because of recent breakthroughs in CF research which would not have been possible without the support of the CF Foundation. There is a new class of drugs that work to target the underlying cause of CF, whereas all our previous therapies have only addressed the effects of CF. I've been fortunate enough to use this class of drugs for the last 4 and a half years, but last fall the next generation of this drug class was approved. Whereas the first two generations helped to halt disease progression, this new generation can actually restore some degree of health. The drug, called Trikafta, is a complete game-changer for CF and I am extremely fortunate to be eligible to take it. In clinical trials, people gained an average of 10-15% in lung function over just 2 weeks, an almost unheard of jump. I started taking Trikafta on November 8 of last year; I was fairly sick when I started and had really been struggling, and my doctors and I didn't have great treatment options beyond waiting for me to access Trikafta. Within 36 hours of my first dose, my symptoms were almost completely gone. I went from coughing and wheezing enough for my coworkers and family who are used to me coughing to be pretty concerned to just...not coughing. I could feel so much more air moving into my lungs and sinuses, and my gut was working better within 3 days of starting. One week after starting, my lung function jumped 10% from where I started to a number I had not seen in six years, and that I honestly thought I would never see again. Trikafta is an absolutely incredible drug, and I and many others who have access truly have a new future ahead of us thanks to the decades of relentless research paid for in part by your donations to the CF Foundation.

But we are not done.

Trikafta is amazing, but 1) it is not a cure, and 2) it is not for everyone. Not only do I still do all of my regular daily therapies, I'm developing CF-related diabetes and have learned that the research into this "CF grown-up" complication is scanty at best. We need more research to understand how this special kind of diabetes develops and when and how we should treat it. And let me say again: Trikafta is not for everyone. Some people, including a dear friend of mine, cannot tolerate Trikafta. And some people don't have the right genetic mutations to allow Trikafta to work. We must continue working until everyone can experience what I've had the absolute privilege of living these last few months - a chance at a more normal life.

Money buys science, and science saves lives. Your donations to the CF Foundation fund transformative research that will help work towards longer lives, fewer pills, and more time doing what we love.