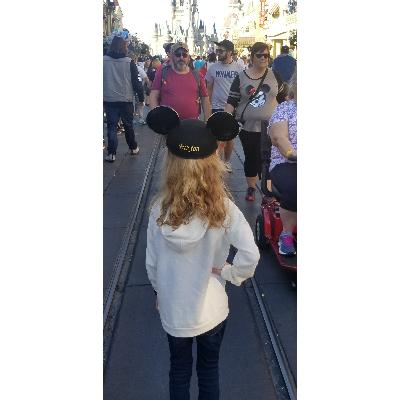 When Paxton was born she was tiny but no one was super concerned about her weigh until she started losing it. After 2 weeks... of close observation her amazing pediatrician suggested that we go to a hospital about 30 miles away for some testing. Paxton was tested for anything and everything you could think of. She had everything from EEGs, to EKGs, Ultrasounds, X-rays, Spinal Taps, and everything in between but nothing was found to be wrong. After a few days of negative results her newborn screening for Cystic Fibrosis had come back positive. The hospital she was at acted like this was a death sentence and that she was going to die instantly. Paxton was then transferred by ambulance to Arnold Palmer Hospital for Children in Orlando, Fl. As soon as she arrived at Arnold Palmer all of the medical staff was amazing and full of hope for this little girl. Paxton had a sweat test and genetic blood work done and was released to go home. A week later she was back in Orlando for the results and diagnosed with Cystic Fibrosis. She has a Double Delta F508 mutation. Since diagnosis her life has been pretty chaotic. She takes numerous medications daily, does breathing treatments, has chest therapy, goes to physical therapy, has a feeding tube, and goes to many doctors appointments. She has had some extended hospital stays but none have been sick visits. Through all of this she is an amazingly well adjusted, sweet, smart, sassy, normal, 6 year old little girl. This disease is what she has it is not who she is. She is stronger because of CF and so are we. She fights Cystic Fibrosis everyday of her life and because of her we fight too. We will never stop until CF means Cure Found.