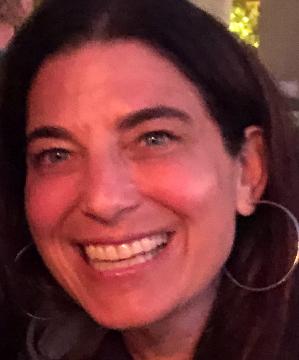 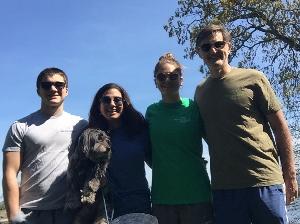 Thank you so much for your continued support of the CF Foundation and our mission to cure Cystic Fibrosis.  As you know, Jill and Robin not only have CF, but they have some of the rarer genetic mutations that don't respond to the latest and greatest drugs.  These drugs (specifically Trikafta) have improved the quality of life for the majority of CF patients.  While our ultimate goal is a cure, the Foundation is also working hard to fund research for drugs like Trikafta that effectively treat people with mutations like those that Jill and Robin have.  We have made a lot of progress, but there is more work to be done.  Thank you so much for your part in the progress we have made and for the future successes we will achieve!!

With love and gratitude,

[Below is Jill's "story" in her own words that she wrote several years ago for those of you who haven't read it in the past.]

Being diagnosed with Cystic Fibrosis was one of the worst, and surprisingly, one of the best days of my life.  The worst for so many obvious reasons.  I was 25 years old with a lifetime of hopes and dreams on the road to being realized.  I was working hard on a career, looking forward to getting married and someday having children.  As the nights at work got longer, my chronic cough (previously diagnosed as Bronchiectasis) got worse.  My mom called doctor after doctor trying to get some answers.  She finally spoke to a pediatric pulmonologist, Dr. Lynne Quittell, at Columbia Presbyterian Hospital.  (You see, there was no adult CF doctor at the time because people were not living into adulthood.)  That one phone call changed everything.  Dr. Quittell broke the news to my mom, "I think your daughters have Cystic Firbrosis."  My mom disputed that possibility since I had already tested negative on a sweat test when I was 12 years old.  Ah, but now there was genetic testing, she explained.  So I willingly gave my blood to once again "rule out" that fatal diagnosis.

But as it turned out, Dr. Quittell was absolutely correct.  I did, in fact, have Cystic Fibrosis.  Which leads me back to one of the WORST days of my life.   I knew from that minute forward that my life was changed forever.  First, came the statistics-a whirlwind of overwhelming information.  A daily and rigorous regime of medications and physical therapy that I needed to begin immediately.  Nebulizers and "flutter" lessons for airway clearance of that phlegm that just won't quit (ah-if only mucus were money!).  CF is degenerative they said, so decline is inevitable.  However, on a positive note, the life expectancy had risen to 30 (but wait, I'm thinking, I'm already 25).  And then came the worst news of all: I learned that having children is not recommended or perhaps even possible.  I told my boyfriend, now thankfully, my husband, to run--I know I wanted to!

So how could it also be one of the BEST days of my life?  Well, after all of the years visiting dozens of doctors, suffering with endless bouts of bronchitis, allergy shots, asthma medications and round after round of antibiotics with little relief, there was finally an answer.  What that awful diagnosis also meant, in addition to all of the frightening statistics and new medication regimes, was that for the first time in my life, I would FEEL better!

And, I DID and I still DO, at 49 years old, continue to FEEL better.  The daily meds I take and PT I do actually DO WORK, and thankfully, continue to improve.  The life expectancy continues to rise and now that people are living longer, there are ADULT CF centers for patients like me and my sister, Robin.  Our doctor, Dr. Emily DiMango is a Godsend!  She even worked closely with my obstetrician to ensure healthy pregnancies despite my having to be hospitialized during them.  So the guilt I feel when I tell my daughter, Leah, that I need to rest more so I won't be able to watch her lacrosse game, or when I tell my son, Ethan, that I have to do my medicine so I can't drive him to his friend's house right now...  Or, the sadness and fear I have when I cough up mouthfuls of blood or my PFT's (pulmonary function test) are way down because of an infection...  That guilt or sadness or fear is always overshadowed by the GRATITUDE I feel for my life--a life that I never thought was possible--a life where my dreams continue to come true every day.

So, THANK YOU from the bottom of my heart, on behalf of myself and my family who get to have a daughter, a sister, a wife, an aunt and a mother because of the generous support of people like YOU!