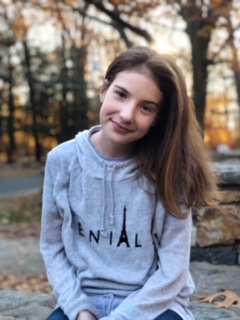 Thank you for being one of Aine's Angels! Love Aine!

Thank you for being one of Aine's Angels! Love Aine!

We’ve told you that your dollars make a difference when you have contributed to Aine’s Angels and the Cystic Fibrosis Foundation. We told you when Kalydeco, Orkambi, and Symdeko were approved that we were making progress impacting the lives of those with CF around the world. You believed us and have continued supporting Aine’s Angels.

Then TRIKAFTA was approved last year (the fourth Vertex drug approved by the FDA) …Aine (age 13) started on TRIKAFTA in December of 2019…and now we can share with you – the personal proof that your $’s MADE A DIFFERENCE!

To highlight what TRIKAFTA has done — through November of 2020 – the gains since last December have REMAINED – Her FEV1 and BMI scores have stayed consistent, her sense of smell has dramatically improved, her endurance levels are better…TRIKAFTA IS MAKING A SIGNIFICANT DIFFERENCE IN HER LIFE….AND YOU HELPED MAKE THAT POSSIBLE…

The work continues though, we’re not done yet…there’s still 20% of the CF population that TRIKAFTA or one of the other drugs do not work for…and we are still involved in clinical studies of patients on TRIKAFTA and what treatments or therapies can be removed (yes, removed!!!) – so the next few years will continue to be very interesting and eventful… THANK YOU SO MUCH!