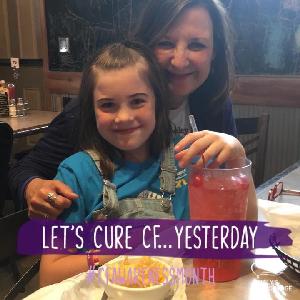 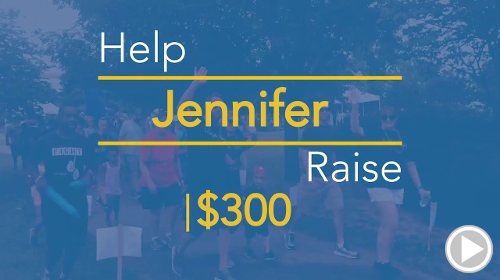 There are approximately 30,000 Americans living with cystic fibrosis. They are moms, dads, sisters, brothers, daughters, sons, friends, and co-workers who struggle every day just to breathe. I walk for them and hope you will support me in my efforts. Great Strides is a fun, family-friendly event that raises awareness and support for people with CF and their families.

Each CF family has an incredible story to tell.

May I share our story about our granddaughter, Berkeley Bae?

10 years ago, just like all grandparents, we were excited about having our third grandchild and our first grandaughter in our family. With much anticipation, excitement and joy, we were making plans and  thinking of all things we can do with her and to buy for our first granddaughter.

November 20th early morning, Berkeley Bae came into this world. So tiny, so precious, so beautiful.

Berkeley already had a rough start coming into this world. During labor, the cord was wrapped around her neck and body. Doctors told us she was in distress. A possible “C” section was the direction they were contemplating, but thankfully they were able to get the cord unwrapped from her, then after a long labor, she came.

As the day went forward, Berkeley’s mom noticed that something didn’t seem right. Berkeley cried in visible pain and did not soil her diapers.

Berkeley’s mom Rochelle, alerted the nurses. They kept reassuring her, this is normal for a newborn. Just like all mother’s, we have this intuition that kicks in, and her mom pursued this concern.

By Midnight, the doctors did an X-ray on Berkeley’s intestines and discovered that she had an Intestinal obstruction from her Meconium plug that did not dispelled out of her, like it normally does for babies after they are born. It was a blockage in her intestine. Life taking, if it would have gone back into her stomach.

The Doctors met with Berkeley’s parents to inform them of the results and told the that they were going take Berkeley by an emergency Amblulance where they transported her to the Denver Children’s Hospital, for more extensive testing. At this time, none us knew why or what this meant. We prayed and prayed. We were so frightened.

When my daughter called, I ran to the hospital immediately. I will never forget, sitting at my daughters side, both of us holding hands, looking at this baby girl hooked up to monitors and not thriving. We continued to pray. It was so hard to see my tiny baby granddaughter in this state, as well as the major stress factors it had on my daughter and Berkeley’s father.

Our family was upside down, shocked, scared and stressed beyond words.

It took a month of testing to find out what was going on, as well as flushing out the plug from her intestine.

They released Berkeley from the hosptial, yet still no treatment was in place, as they still waited on all of the testing results that they had conducted.  They were ruling out all possible issues.

We had been thrown completely in shock, as Berkeley’s older brother did not have this desease.

So far, at 10 years old, Berkeley has had 7228 treatments, 19 different types of daily medications,      Estimated of 24 Creon ( 24,000U) pills daily, nebulizers and three types of inhalers she does twice daily.  Then there is the monthly CF doctor visits at Children's hospital, lasting 4 hours an appointment and 2 hours of driving time just to get to there and back.  So far, Berkeley has had 9 Hospital stays, with a 10 day minimum, each. When Berkeley was 8 years old, they did a liver biopsy which showed great stress on her liver due to a medication she was on and they had to stop that treatment. At 9, Berkeley had surgery for Nasal Polyps and her Adenoids and tonsils were removed, as well. This has helped her greatly however she will most likely will have future surgeries for her sinuses.

Everyday CF patients start their day with treatments before they go anywhere and end their day with another treatment, even if they are tired or it is late. When they are sick, they add a third treatment. This adds 30 to 40 minutes for CF patients and their families, each day. All her Meds and equipment must come with her every where she goes.

The Smartvest, part of the treatment, is a heavy, ackward, bulky equipment that is taken everywhere they go. The cost of this equipment is $20,000.  It helps “shake” down the mucus in their lungs.

For Berkeley so far, the cost for Creon, a drug that CF patients must take with every meal and snacks, is an  estimated cost of $7358.88 per MONTH! (Keep in mind this is just one of the 19 medications she takes.)

She has had a collapsed lung, Rhinovirus, Pseudomonas, a blocked lung lobe, liver issues and Nasal Polyps.

Berkeley has had several bronchoscopys and a liver biopsy.

Without a doubt, unless a cure happens tomorrow, she and many others are looking at many more complications and  a future double lung transplant that will only last for about 5 years.

Like all families of a loved one with CF, we cringe and worry when they get sick or run a fever. It could mean time being spent in the hosptial, deadly bacteria’s, expensive bills, lost time from school and work. We pray for a cure and pray that CF does not take our loved one.

We are hopeful with all of the new research and drugs that they have been coming out with. Because of the uniqueness of each CF patient due to different gene factors, there is so much more we need to do for our loved ones.

Cystic Fibrosis is not a goverment funded organization. Because of this we really need your support and help. We thank you for everything that you do and are forever grateful! THANK YOU!!!!

She has a smile on her face all of the time and is very rarely in a bad mood. She has more patience and tolerance with everything that anyone can ever imagine. Getting poked and probed is not her favorite thing, but she never complains and knows this is just part of her life.

Berkeley loves Unicorns, Rollerskating,Valley Ball, baking, making crafts ( such as slime) shopping, especially for shoes, jumping on the trampoline, putting on makeup, and hanging out with her friends and cousins.

She loves everyone and everyone loves her.

I walk for her, for those that share this disease and for remembrance of those that fought a courageous battle.

Real progress has been for those who have CF, but there is still no cure for this devastating disease and many lives are cut far too short. By walking today, I am helping add tomorrows to the lives of people living with cystic fibrosis. Will you join me? Please consider making a donation to my Great Strides fundraising campaign today!

Help me reach my fundraising goal by donating to my Great Strides fundraising campaign. Your gift will help add tomorrows to the lives of people with cystic fibrosis by supporting groundbreaking research and medical progress. Your gift is 100-percent tax deductible.