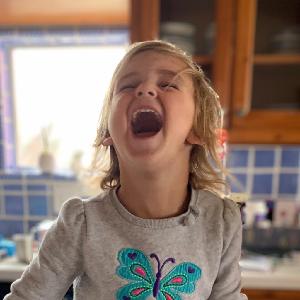 This cause is close to my heart as my daughter Frankie and my cousin Kaitlyn are impacted by the disease. They endure hours of breathing treatments, hundreds of pills, and a constant risk of lung infections which can lead to hospitalizations. Frankie also got a feeding tube inserted this year because her food intake simpy could not keep up with the energy her body required to function. While those with CF may "look healthy," there is a battle raging inside the body which demands constant effort to prevent the disease from taking over.

Thankfully, the Cystic Fibrosis Foundation has had immense success pioneering its venture philanthropy model. In the 1950's, CF children were not likely to live long enough to make it to Kindergarten. Now, due to the efforts of the CF Foundation, half of those born with CF are expected to live until their late 40's. While we celebrate these advances and the efforts of those before us, we will not be satisfied until there is a CURE for all those with CF.

This is an exciting time for CF research. There are several medications on the market that correct the underlying genetic defect caused by the disease, and we're hoping one is approved for Frankie's age soon. But, because CF is a rare disease, the CF Foundation gets no government funding and relies solely on private donations to fund research. Your donation today not only helps Frankie gain access to improved treatments and a longer life -- it also furthers the Foundation's groundbreaking research which will benefit other genetic diseases and advance medical technology for all.

It's always a little hard to ask, but if you are able to help, please consider a donation to support Frankie and those with CF. The daily battle to stay healthy wears us down, but when we can actively be involved in the fight for a cure, it lifts us up! We thank you from the bottom of our hearts for all the love and generosity you show!