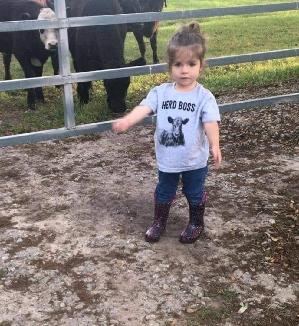 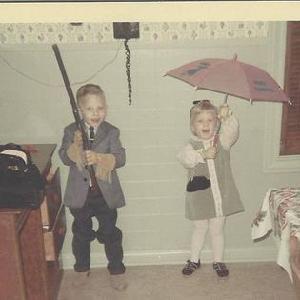 Me & John before Church on Easter!

John Wesley Buller: November 27, 1961 – August 29, 1996. A life ended way too soon. 25 long years without my crazy brother. August 13th, he was given a second chance for a new life when he got a set of new lungs. However, it was not meant to be. 16 days later, after multiple surgeries, he met Jesus in Heaven. He was only 34 years old. John was more than ok with whatever the outcome would be because he KNEW he would be healed one way or another. Either on earth with new lungs or in Heaven with Jesus. He had so much peace about it. He is in Heaven today & he is HEALED!

Only a select few knew John had Cystic Fibrosis. When he was diagnosed at 13, he made Mom & Dad promise they wouldn’t tell anyone & in return, he would take his treatments & all the many, many pills he had to take on a daily basis to help him live as long as possible. He didn’t want to be treated differently or have anyone feel sorry for him. He kept his promise & so did Mom & Dad. It wasn’t until the early 90’s that John started sharing his story. His life & testimony touched so many lives.

John adored Angela & she loved him with all she had! But oh how he antagonized her! What I would give for him to know Rusty & PresleyAnn! How proud he must be of them & all their hard work at the ranch. I often picture in my mind what it would be like for us all to be working together carrying on Mom & Dad’s dreams. I know one day we will all be together again & what a reunion it will be!

Cystic Fibrosis is a nasty, life changing, debilitating disease. John did not have the ending we had so prayed for but with your help, we have entered a new era with life-changing therapies! Researches have made medical advancements that are adding decades to CFer’s lives & there are already several FDA approved therapies that treat the basic defect in CF & “more than 25 therapies in development in the CF Foundation Therapeutic Pipeline”!!! They are working tirelessly to develop treatments & will ultimately find a cure for CF. As a result of your commitment & generosity, there has never been more hope for the CF community. It’s donors like you who are making a difference! And it’s donors like you who are going to help find a cure! I dream of the day when all CFers can say, “I used to have CF!”

In honor of John, I hope you will join me in helping make CF stand for CURE FOUND! I can’t thank you for your continued support in the fight against CF. I pray you & your family are healthy. Thank you so much for taking time to read my letter.

In His timing, Until It’s Done,