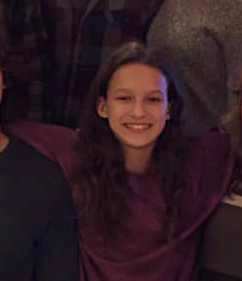 With spring just around the corner—and hopefully also a release from this unprecedented quarantine—take a deep breath of fresh air and feel blessed that you can do something that so many CFers cannot do. We raise awareness now so Rose and all CFers can breath well and deep long past childhood! Great Strides is the largest fundraising event for the CF Foundation, which is dedicated to attacking CF from every angle: supporting the development of new drugs to control and fight the disease, improving quality of life for those with CF, and—ultimately—finding a cure for this horrible and eventually suffocating disease.

This is our 14th year of walking. Even though there won’t be an actual walk due to Covid-19 (Rose is so sad!) the event has been re-imagined as a Virtual Walk & Celebration, to happen on the CF Foundation’s 65th Anniversary.

With our funds and so many others, the CF Foundation continues to partner with the most successful biotech and pharmaceutical companies and scientists, to create efficient partnerships where royalties for post-approval therapies are reinvested back into the pipeline. Today, there are over 30 drugs in various stages of testing and approvals that span CTFR Modulation, Mucociliary Clearance, Anti-inflammatory and Anti-infective targets. The money we raise is aggressively put to work! Work that Rose has been a fortunate beneficiary of: digestive enzymes to help her extract nutrition from food, Pulmozyme and Hypertonic Saline to thin out sticky mucous in her lungs, TOBI to fight tough airway bacteria, Orkambi, for which she bravely and proudly participated in a trial from ages 7 to 9, and now the breakthrough triple-combination drug called Trikafta, a new and improved version of Orkambi. Trikafta is proving to be even more effective and for a larger portion of the CF community. Older, sicker patients have seen their lung function increase by at least 15%, some even higher from only 30-50% lung capacity to 70-90%! Their coughing has decreased and stopped producing high amounts of thick, dark mucous, and they are able to do simple household tasks without needing to stop and rest! We couldn’t wait for Rose to start taking it!

This she did on January 28th, once Trikafta was approved for patients as young as 12. We are hoping that by starting it young before her health starts to decline, she can maintain her 100% lung function longer and won’t have to face what these older patients in their 20s & 30s have faced. You have helped make this possible!

More great news is that Rose might be getting her g-tube removed! In part because she’s been working hard to gain weight without nightly tube feedings which we discontinued three months ago. Another three months of weight gain and she’s met her goal. It seems every time she steps on the scale, she’s gained another pound! We think Trikafta might have a little something to do with this too.

When Rose was born 13 years ago, the median CF life expectancy was 37. To us, a frighteningly low number, but certainly much better than the heartbreaking single digits it had been when the CF Foundation began in 1955. Due to the amazing advances in treatments and therapies, that number has steadily increased to 47. As fantastic as this is, there is still no cure and this median number means that only half of all people with CF born now will survive past the age of 47. Rose IS still at risk. While so very promising, it’s hard to say how well Trikafta can keep her healthy, especially as she gets older. Also, there is still 10% of the CF population that can’t benefit from Trikafta. That’s why this fight isn’t over!

Rose’s dreams for the future are getting closer to being realized, starting with the g-tube she’s had since she was 1 ½ being removed this summer! What will come next? Not having to do an hour of respiratory therapy every day? Or taking four pills every time she eats? Or holding her breath in panic every time she passes a campfire or blows out her birthday candles? Or worrying about dying young? We don’t know. What we do know is that Rose’s future shines brighter, and will continue to shine even brighter, because of you! Thank you so much!