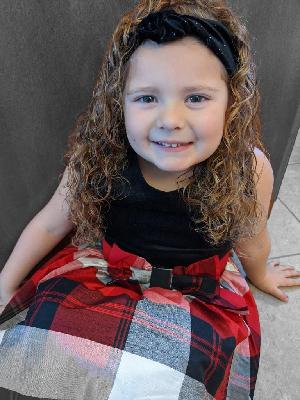 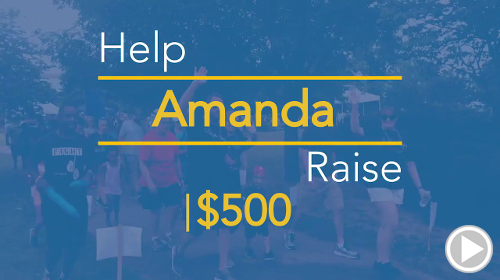 Welcome to our page for team Brinley's Battle. My name is Amanda Connaher. I am blessed to be the mother of Brinley, our Cystic Fibrosis Warrior. We join you to be part of our team, hear our story and selflessly donate to our cause. In doing so, you are assisting us in furthering research, providing breakthrough medication advancement and ultimately helping making CF one day stand for CURE FOUND rather than Cystic Fibrosis. Together, we can make a difference. Here's our story.

September 21st, 2014 is the day Brinley made me a brand-new mom. It's a day I will never forget. A day that will be instilled in my mind forever and always. Everyone always says you never know what true love is until you meet your child. Now I know why. I was ready to be a new mom and thought I was prepared. Let me tell you, life had other plans for us. October 7th, 2014, I received a phone call from an unknown number. It was Aurora Medical Center. They had informed me that Brinley's newborn screening came back with an abnormal result. They said it happened often and she just needed some further testing. They strongly encouraged me I make an appointment sooner rather than later with a specialist at St. Vincent Hospital in Green Bay, WI. They also advised I didn't google Cystic Fibrosis. Of course, my mind started to wander. I made the appointment for the following week, then did exactly what that nurse told me not to do. I jumped on my laptop and typed WWW.GOOGLE.COM WHAT IS CYSTIC FIBROSIS? Mistakes were made and my heart was crushed. The next week was nothing but panic, worry and a flow of emotions. It seemed as if time was passing slower than ever as we waited for the day of her appointment to be here. Appointment day arrived and Brinley had her very first sweat test. A sweat test is a standard method used to measure the levels of chloride ions in your sweat used to diagnose Cystic Fibrosis. The first test came back inconclusive. The doctors were very relaxed and sent us on our way home as if everything was OK. Needing to repeat the testing, I scheduled a new appointment for Brinley a month later. Again, appointment day arrived. When the test was completed, Brinley and I were put into a conference room to await the doctor. At 3:13 PM we were greeted by doctors, a nurse and a genetic counselor. They delivered the news I had been praying wasn't true. Brinley had officially been diagnosed with Cystic Fibrosis, a genetic lung disease. I was devastated. She was my little girl and I couldn't protect her. I cried, I yelled and held my sweet Brinley as I listened to the St. Vincent team tell me what was next. All I can remember comprehending at the time was a shortened life expectancy, airway clearance, breathing treatments and the worst of all, that there was NO CURE.

After extensive research, Brinley's father and I decided to have her seen at Children's Hospital of Wisconsin in Milwaukee. We were welcomed by the Children's Hospital Team with open arms, understanding and generous amounts of compassion. Today we have a team of doctors, nurses & specialists in Pulmonary, Gastroenterology and Ear, Nose & Throat. We've happily continued our journey with them over the past 5 years. Over those years, Brinley has had 3 hospital stays all 7+ days, a full Endoscopic Sinus surgery, was diagnosed with Maxillary Disease, has participated in 6 research studies all amongst her many doctor visits, blood work, chest X-rays and CT scans.

Fast forward, it's already 2020! A normal day in the life of Brinley consists of her sweet talking me into whatever she wants, wrestling with her stepdad Jason, "playing" aka arguing with her siblings Donovan & Kensley but most importantly routines to keep her healthy. Everyday Brinley straps on her airway clearance vest for 20-minute sessions. It shakes her at a high rate of speed to remove any buildup that may be sticking to her lungs and passageways. She partners her vest therapy sessions with inhalers and 1-2 nebulizers containing different medications. Pulmozyme breaks down excess DNA in pulmonary secretions and Sodium Chloride 7% thins that mucus. Both aide Brinley in producing a productive cough. The less bacteria containing mucus, the lower the chances of respiratory infections. Kalydeco also plays a huge part in keeping Brinley healthy but comes with a $320,000 annual price tag. Kalydeco supports more chloride ions moving in and out of the cells within the body. Movement in chloride ions helps keep a balance of salt and water in the lungs.

2019/2020 has been a year of change for Brinley. She is attending school for the first time and joined our local soccer team both of which she loves. They do however come with their own set of challenges. We are anxiously waiting the FDA approval for Trikafta which is being known as "The Miracle Drug" in the CF community. It's approved age currently is for 12+ years old. We're hopeful it will only be a matter of time before the age requirements lower.

If you've stuck with me this far, thank you. Your continued support to the Cystic Fibrosis Foundation and Brinley's Battle mean the entire world to Jason, me and all others who know Brinley. Our hopes and dreams for Brinley and others with Cystic Fibrosis are endless.