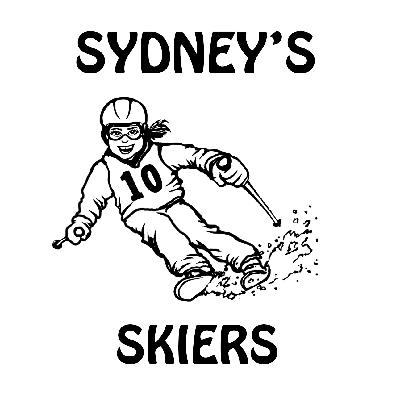 My name is Lisa Willig and I am writing you because my daughter needs your help. My daughter’s name is Sydney and she is a very active and energetic 18 year old who loves being around people. Today she enjoys water skiing, racing downhill in snow skiing, and playing soccer for Geneva College, where she is completing her Freshman year. Her drive to beat CF is as strong as her passion for education and this has led her to study Elementary Education and Special Education in school.

CF causes Sydney’s body to make thick, sticky mucus, which makes it hard to breathe and it clogs her digestive system. We have learned many things during the last 18 years that allows Sydney to live a “normal” life, that has many 'extras'.

In May 2019 through October 2019, CF stopped Sydney's typical life. During this time, she was in and out of the hospital and from Aug. - Oct. Syd had a picc line and was on IV antibiotics for nearly 10 weeks. Frustration had set in and after all the IV antibiotics, her PFTs continued to drop to her lowest levels ever.

Just as we were feeling defeated, the FDA suprised us with an early approval of Trikafta. This new triple combined medication was the med we were waiting for! With the help of many, Sydney's insurance quickly approved her and she took her first dose on November 16, 2020. Within one week on the med, the cough that she had since March was gone. After nearly 2 months on the med, Syd did her first PFT tests. We had no idea what to expect, but she blew an entire liter more oxygen out of her lungs. Her numbers went from the low 80s to 122. The doctor was stunned and we were so thankful at this time, but it is not a cure and this past February 2022, CF reminded us it is still active in Sydney's lungs. After 3 different times on IV meds since August 2021, we finally have an answer to her continued issues. In March 2021, the doctors did a bronch scope to find a micro-organism in her lungs. Yes, CF has hit us with a new chapter and a new fight, which we are still figuring out.

Even on Trikafta Syd continues with all her other meds. The number of enzymes have increased to six pills per meal, and in a healthy week, Sydney takes over 300+ pills. Sydney receives breathing treatments and she wears a vibrating vest 3 times everyday to keep her lungs clear (before and after school). She uses her vibrating vest for600 minutes in a healthy week! Since the CF Diabetes diagnosis, Syd continues to wear a continuous glucose monitor that is constantly checking her sugar, and she gives herself insulin shots 5-6 times per day. The battle with her sugar has multiple bumps in the road. CF Diabetes and the new med, Trikafta is unknown. We have found that Trikafta drops Sydney's blood sugar very quickly and she has learned to treat with less insulin and faster with a drop. Our hope is that over time, Trikafta will help regulate her blood sugar and the quick drops will fade, but only time will tell!

Currently, there is no cure for CF, but with your help, one could be possible in the near future. The drug pipeline and gene replacement for CF is full of hope, but the CF Foundation has to sponsor many of their own drug trials due to the number of people with CF. Many large drug makers opt to work on drugs that have a larger population. (Nearly 1,000 children are diagnosed with CF each year.)

We need your help! No donations are too small. Sydney is not sitting back and depending on donations. Syd has been speaking at CF events to get her message out and her dream for a cure. Sydney does not hide her CF, instead she wants to people to understand her fight, what her life is like, and that she is proud of the battle that she fights daily. Your donation supports Sydney’s drive in finding a cure. Join her mission!

Our first 18 years with Sydney have taught us many new things but also shows us what a great future Sydney has ahead of her. I only hope that you will help in making her future the best that it can be!

Thank you so much!
Lisa Willig