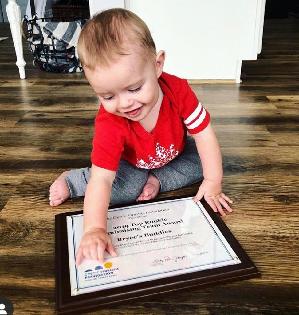 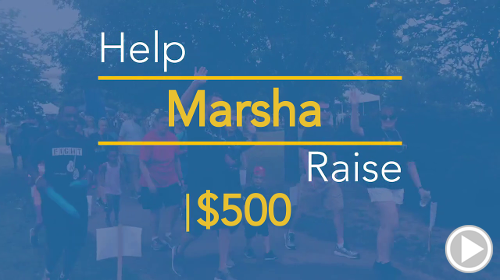 Bryce Porter Bungard was born April 8, 2019. At two weeks old, he was diagnosed with Cystic Fibrosis. This news came as quite a shock to our family, but we did what we do best-We rallied! We created a team, Bryce's Buddies, and joined with the CF Foundation to help raise awareness and support the foundation's mission to cure CF. In 2019, along with our friends and family, Bryce's Buddies raised $18,700!

The money we raised supports pharmaceutical trials and research, and real progress is being made! In October the FDA approved a new triple combo called Trikafta, a new, highly effective CFTR modulator therapy that treats the underlying cause of CF. TRIKAFTA was approved for people 12 and older who have at least one F508del mutation, which Bryce has! The approval of TRIKAFTA means that more than 90 percent of people with CF could eventually have a highly effective treatment for the underlying cause of their disease.
Soon they will be testing TRIKAFTA on children ages 6-11. This is such exciting news for the CF community!

Today Bryce is thriving. He loves smiling, playing with his big brother Rowan, eating and crawling all over the place. His diagnosis was life changing, but with the support of his family, it isn't changing his life! He continues to amaze his doctors with his growth and his overall good health.

2019 saw amazing progress in the treatment of CF, and there are such high hopes for what more can be done in 2020. Please join in supporting sweet Bryce and his CF journey by donating to the Cystic Fibrosis Foundation Team "Bryce's Buddies or join our team to walk.
View More
Donate Now
Join Marsha's Team!
Bryce's Buddies
Achievements