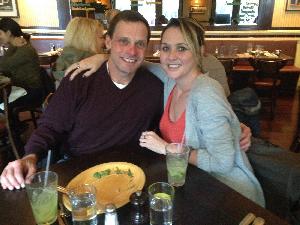 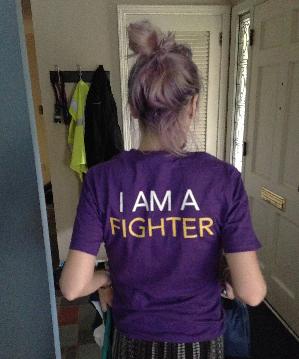 I will never forget April 25, 1988. That is the day my 2-and-a-half-year-old daughter, Nicole, was diagnosed with cystic fibrosis (CF). At that time, the doctors told us that the average life expectancy of a person with CF was just 19 years old. We were crushed. We were also told that cystic fibrosis was a genetic disease, but that the under lying cause was unknown (the defective gene wouldn’t be discovered by the CF Foundation until the following year), and there was no hope for a cure.
Nicole is now a 35-year-old CF Fighter. She has two younger brothers who do not have the disease, although one is a carrier of the CF gene. Nicole graduated from high school and earned a college degree. She also moved to California and spent seven years there working as a nanny. She is a passionate advocate for all those living with CF, and she is my hero and inspiration! Although Nicole’s CF has gradually progressed over time, her spirit and determination have never been stronger.
A lot has changed in the past 30 years, and the momentum of the Cystic Fibrosis Foundation has made the possibility of a cure a reality for Nicole, and for all those living with this awful disease. The CF Foundation is the world’s leader in the search for a cure for cystic fibrosis. The Foundation funds more CF research than any other organization, and nearly every CF drug available today was made possible because of Foundation support. That is why, I have committed myself and my family to do whatever we can to support the CF Foundation’s mission, and I hope you will too.