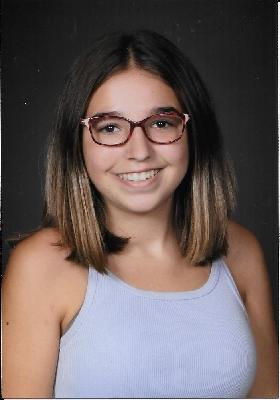 May is the Cystic Fibrosis (CF) fundraising month and Western Pennsylvania chapter will hold in-person and virtual campaign on May 14, 2022.  CF is caused by a defective gene resulting in excessively thick mucus that causes lung and digestive function impairments that are life threatening.   Left untreated, severe lung damage and inadequate weight gain occurs in most patients.  One in 30 adults carry the defective CF gene, and when both parents have the gene, one in four children will have CF.  Current life expectancy is 46 for those born with CF after 2015, and this is an improvement over the years due to research and treatments that were developed through contributions.   Half of the 30,000 US CF community (70,000 worldwide) are currently over 18 years old.   However, many older CF patients did not have the benefits of today’s therapies when they were young, and many have depended on lung transplants to replace permanently damaged lungs.  Antibiotic resistant bacteria also plague many older patients.

Our granddaughter Sofia has CF and she is now fourteen years old in 9th grade in the Pittsburgh area.   Fortunately, she has been treated since birth by UPMC Children’s Hospital, one of over 110 accredited CF treatment centers in the US, and a model for many of the treatment clinics.  Her treatments are preventative to keep her lungs clear and free of infections, some of them caused by very resistant bacteria.  Treatments are a priority of Sofia’s life before and after school, during vacation, every day of her life, even after a hard day of traveling.  Sofia is on a treatment regimen of Pulmozymeâ and Hypertonic Saline twice a day while her vibrating vest shakes her to break up the mucous in her lungs.  In addition, she must take medicines and enzymes to help her digest her food since her pancreatic mucous prevents enzymes from getting to her digestive system.  Sofia is also on a long-awaited drug Trikafta, which addresses the basic malfunction of the management of salt content at the cellular level.  Trikafta is approved for CF patients down to age 6, previously to age 12.  CF research has provided CF patients with hope for a better life.

People with CF do not mingle with each other due to dangerous bacteria that might be transmitted to each other, resulting in drug resistant infections.  These bacteria are harmless to those without CF, whose lungs readily cleanse their respiratory system of bacteria.   Social distancing of Sofia with other CF patients has been a way of life for most of Sofia’s life once these dangers were recognized in the CF community.

Trikafta was one drug that has been in development and testing for some time, benefitting 90% of CF patients, based on the prevalent gene mutation that these patients have.  Results vary depending on the patient, with older CF patients experiencing permanent damage to the lungs since treatments were not as advanced in their younger years.  The fundraising pays for the development of the drugs and therapies, while the $312,000 annual cost for Trikafta is mostly covered by insurance or Medicaid in some cases.  Drug costs are high due to the relatively small number of CF patients.  Sofia has not experienced severe side effects with this drug, and testing of her lung functions continues to be good.  Sofia has benefited from the development of drugs and treatments in her younger years that kept her lung function up with no serious infections until Trikafta came along.  For many children with severe debilitating conditions caused by CF, Trikafta has provided a remarkable improvement in lung function and weight maintenance.

A review of current CF research shows a vast array of testing to address the remaining 10% of CF patients with other mutations, as well as other complications in CF patients.  CF involves many mutations of the CF gene that do not benefit from Trikafta, and many others have conditions and permanent damage that will not be improved with these therapies.  Drug resistant bacteria in the lungs affect CF patients more severely than the normal population.  Complications of the digestive system are not necessarily improved by one drug or treatment.  The spectrum of CF patients of various ages requires a multiprong approach to the needs of each patient; those with damaged lungs and resistant infections and young children with no history of CF damage.  The current young population of patients have benefitted from the efforts of those dark days when children with CF did not survive to go to grade school.

CF also means Cure Found, with no CF patient left behind.  Those who pioneered current treatments have benefitted Sofia, and the CF community is pulling for each other in the improvement of health outcomes. Below are links to several articles on the research efforts and successes currently and over the years.

If you can help us in this effort by a donation, or prayers for Sofia’s continued health, we appreciate your support for Sofia and many others with this disease.  The CF organization and UPMC has helped her maintain her health at this point in her life.   We are supporting development of medicines that will address the cause of CF with other CF gene mutations, and the continued improvement in Sofia’s digestive health.  This is a national effort with our team supporting the contribution from Western Pa area where Sofia lives.

and click the button "Donate to Catherine" below the fundraising progress chart.

Or:  Checks should be made out to Cystic Fibrosis Foundation with Memo “Strides for Sofia” and sent to us at 105 Harnish Drivee, Willow Street, Pa. 17584.   Donations are tax deductible.

God Bless you for your help

For comprehensive information on CF, please go to