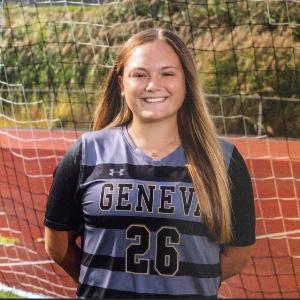 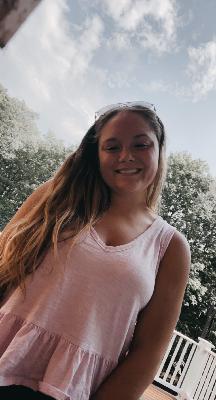 Hi everyone my name is Sydney and I am currently 18 years old and will be turning 19 in May! This year has been like a rollercoaster ride for me and my family. I started my first year at Geneva College this fall and even managed to play soccer. Being able to play a sport and have CF is very unheard of because our bodys have a hard time handeling it. Being able to have this chance to play soccer and have CF at a college level gave me an awsome opportunity to team up and sponsor with the Boomer Esiasion Foundation and show everyone that CF can not stand in the way of your dream! Unfortunately though right before I moved into school for soccer I got sick and ended up having to get put in the hospital. I was heart broken because all my hard work of working out during the summer was getting put on hold to take care of myself. I was able to get my breathing test levels up though just intime to move in. I was able to play almost every game and even full games during my first season! But then after soccer season my lungs started to take a turn and I was having issues maintaining weight. Spring season was just a few weeks away and I was put back into the hospital again for low breathing numbers and my weight being low. After 3 weeks I was cleared to go back to my spring season and that only lasted a week and a half when during soccer practice I realized that my breathing was very off and my weight had declined a big amount fast. I called my team and did testing and was put back into the hospital a week and a half later, being told that my spring season was done. This devistated me for the fact I worked hard during the offseason again when I was allowed. I am still currently on IV'S and this is week 3 again, but frusting is the best way to say what I am going through right now. CF is not very friendly and we are really seeing the reality of that. I do my treatments and pills everyday and my body is still fighting against everything. New medications like Trikafta are working for some people I am greatful to be on it but it is just a bandage to hold some parts of us together until we can find a cure. Please share my story and know I am not alone in this fight. With your help and donation and a spreading of the word CF will stand for CURE FOUND and that starts with you!