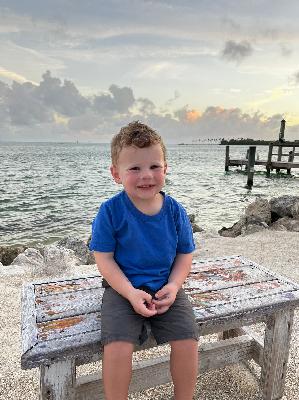 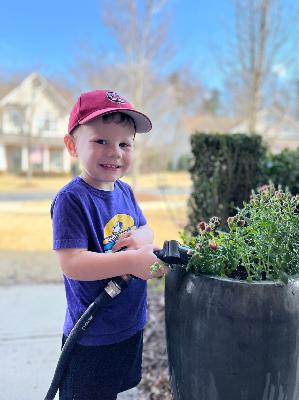 Cameron has been on this journey for 3 years now. What a whirlwind it's been! We have watched him grow into a brave and strong toddler. We have held him down for many tests and procedures. We have seen him have his first true decline and be admitted for a bowel obstruction directly related to his CF. But through these dark times we have been touched by so much hope and made connections with others in the CF community.

Today we are so thankful for Cameron's health! And that is due to the fantastic job that the Cystic Fibrosis Foundation does. Because of their research, fundraising and perseverance there is SO much to look forward to in the CF community. In 2019 the first ever triple modulator drug, Trikafta, was approved by the FDA. It is currently approved for those 12 and older with at least 1 copy of the DelF508 gene mutation (about 90% of the CF population once it works its way down in age through clinical trials). This was made possible because of supporters like YOU! But.. this is NOT a cure. Until studies prove otherwise, Cameron will still be expected to take his 35+ digestive enzymes a day, albuterol, hypertonic saline via nebulizer, antacid, fat soluble vitamins, Pulmozyme, Orkambi and his Vest.

Cameron, our family, and the entire CF community thank you for your support.