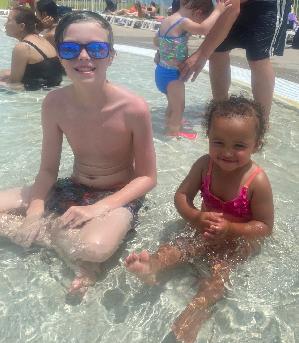 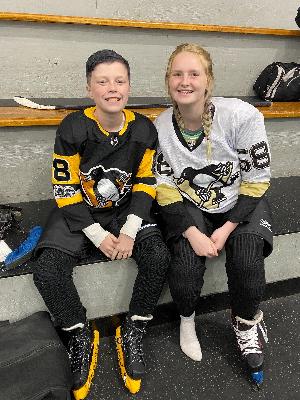 Jason is now a 13-year-old, crazy, obnoxious, dog-loving, & playful teenager. Jason did not win the genetics lottery. He has diagnoses of ADHD, selective mutism, social anxiety, dysgraphia, and, of course, the big one – cystic fibrosis. He certainly doesn’t let any of that stop him. Jason is playing in a hockey league and a juniors golf league this year. He’s had some struggles in school (and always will) but with the help of some wonderful teachers and doctors, he is thriving in (what I believe to be) the most challenging social setting – middle school!

I could go on and on about the adventures in the life of Jason but let me get down to the main reason for this letter… Following his failure to thrive diagnosis at 4 months old, Jason was admitted and tested positive for cystic fibrosis (CF). CF is an inherited chronic lung and gastrointestinal disease. A defective gene and its protein product cause the body to produce unusually thick, sticky mucus that clog the lungs leading to life-threatening lung infections and obstruct the pancreas preventing the breakdown and absorption of food. Jason is one of 30,000 young people with CF in the United States. Currently there is no cure. In the 1950s, few children with CF lived to attend elementary school. Today, advances in research and medical treatments have further enhanced and extended life for children and adults with CF. Many people with the disease can now expect to live into their 30s, 40s and beyond.

As you may imagine, Jason is a champ when it comes to medications, doctors & medical tests. It has been a normal part of his life since he was an infant and he doesn’t know any different. His team of specialists at the CF clinic include: pulmonology, respiratory, gastroenterology, urology, nutrition & social work. (Not to mention, Development/Behavior specialists and therapists that treat his non-CF disorders.) In addition to the frequent visits, Jason takes several medications throughout the day & does breathing treatments at home to maintain digestion & adequate lung function.

At the start of this (seventh grade) school year, Jason had a feeding tube (g-tube) surgically placed to help him put on weight because he was in the “danger zone” for his BMI, as it relates to lung function. He has done wonderful with the g-tube and his weight is increasing.

Of course, COVID presented a new (and terrifying) element to living with a pulmonary disease but I am relieved and blessed to report that we made it through without severe infection or hospital admission. I attribute this and Jason’s overall good health to the life-changing medications and therapies that the CF Foundation has made possible, the most notable being Trikafta, which Jason began taking as soon as he was old enough, at age 12.

Trikafta was FDA approved in 2019 for use in people 12 years and older who have a least one copy of F508del mutation, and has been a tremendous breakthrough for people with cystic fibrosis. Trikafta is a highly effective CFTR modulator therapy that treats the underlying cause of CF. This milestone is the result of an extraordinary community working together against great odds, spearheaded by the CF Foundation. Just over 50 years ago, CF was a story of no research and no treatments; today, it is one of the most amazing stories in medicine.

The Cystic Fibrosis Foundation receives no federal funding and depends on the generosity of individuals to make a difference in fighting this disease. 90 cents of every dollar is invested in research and patient care. All donations are tax deductible but most of all they are deeply appreciated.
Team WE LOVE JASON is participating in Great Strides on May 21st in Charlotte. We are asking for your support to continue the development of life changing treatments and ultimately to cure Jason of this disease once and for all.

Please support me! Together, we can make CF stand for Cure Found. Please help me reach my fundraising goal!