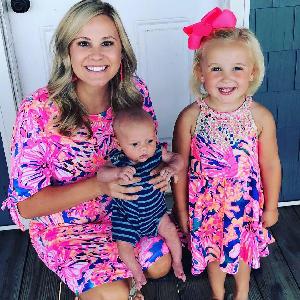 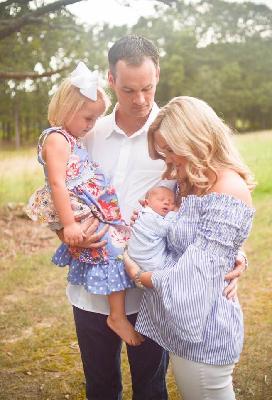 Our Family is Complete

When our daughter, Heidi, was born we were elated as all parents are - I had given birth to a little 5lb 15oz bundle of pure sweetness. Everything went incredibly well until we were blindsided at her two -week well check. I had never heard of Cystic Fibrosis at that point. Sitting here writing this, recounting that memory, I can feel that flood of emotion consumes me. It's by far the worst feeling I've ever felt in my life and I still get an uneasy feeling in my stomach when I think about it.
Everyone around me was having babies, it was supposed to be such a joyous season for all of us. But I have to admit once I heard CF I got really mad. I wondered why me, why her, why us!? But then my family and friends did something incredible - they picked us up, helped dry our tears (and their own) and said they were in this fight with us. I'm crying right now, a good cry, because this is an emotion that I continue to have each and every year. Our friends and family show up, help raise money and let us know that we're not in this alone and that they will continue to fight, never wavering. The newness and shock of the diagnosis has worn off and yet our community continues to rally because they realize that CF hasn't gone away.

We now have two children who both, as you know, have CF. We always envisioned having more than one child; we wanted at least two children who would be companions for life, having someone to grow up playing and fighting with like Blair and I both had/have. Someone to share that special sibling bond with. We never imagined our kids growing up doing treatments together, teaching each other how to swallow pills or tricks to getting the yucky medicines down. We didn't picture them consoling each other after lab draws and during chest x-rays. They will certainly share a special bond, one that I will never fully understand as the caregiver and not the afflicted.

I try not to have the "why us" attitude anymore, instead I seek the "why not us" attitude. I KNOW our God is still very much in the business of miracles, in fact, he's already performed several that I've witnessed in the past 4 years, so why not us? Why not let God show himself through the miracles he's going to perform in and through my children? Ya'll it's coming and I know it. You are all a part of this, he's using you too. CF WILL one day stand for CURE FOUND - I believe it whole heartedly.

Here's an update on how the kids are doing:

Heidi: Heidi has done well overall. To date she's had one sinus surgery and bronchoscopy, one hospital admission and PICC line which resulted in a two-week IV antibiotic during the first two weeks of her little brothers life. (Talk about a hard two weeks!) She's has Pseudomonas a few times but thankfully not since last year! Her last two x-rays show mild lung damage - yes already at four years old and I'm crushed by it. Praying for Trikafta to be approved for 6 and under quickly! She has blown in the hundreds on her PFT (Pulmonary Function Testing) but they've declined slightly into the mid 90's over the past 9 months. (still great though).

Harrison: Harrison has done well! He started enzymes when he was two days old. He really struggles to maintain his weight. Right now he sits in the 3% for weight and height - my little man! This past September we had his pancreatic elastase test done and his results were a mere
View More
Donate Now
Join Kristen's Team!
Heidi & Harrison's Heroes
Achievements