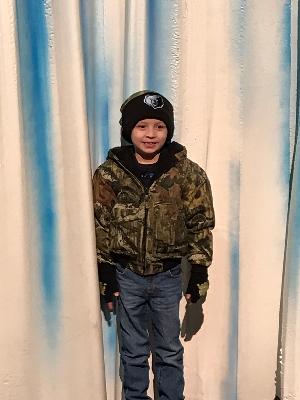 Cystic Fibrosis means so much to some and so little to others. For Nolan, it means endless hours of physical therapy, countless pills every day, and struggling to breathe after even the shortest distances. It means a scary truth behind the saying "Live every day to the fullest." We say we won't let this disease stop him from being a kid, but realistically this is impossible. At some point we have to say his health, his life, is more important. We need a cure so he can experience all that life has to offer without worrying about what small thing could throw him and his body into an extended hospital stay with an unknown outcome.

CF doesn't discriminate. Thousands suffer from various types of genetic mutations of this disease. There is no cure nor is there any government funding for cystic fibrosis.

To date, The Nolanators have raised close to $20,000. With the CF Foundation, .90 of every dollar is donated directly to research. Thanks to all of the volunteers and donors, we are closer to a cure than ever. There are now two drugs available to those with the most common mutation that effectively corrects the mutated gene causing it to start to properly function. Nolan will be eligible to start these next year.

My ultimate goal is to not only raise awareness, but to also show Nolan the phenomenal amount of support he has behind him. Over the years, the endless and growing support shows him how many people he has standing beside him throughout his struggle with Cystic Fibrosis. It takes an army to battle this disease, and you guys continue to show him how huge of one he has.

From the bottom of our hearts, we can't thank you enough for everything you do for Nolan. We look forward to continuing to grow with you as a team as we move forward in this fight. We won't stop until CF stands for cure found.