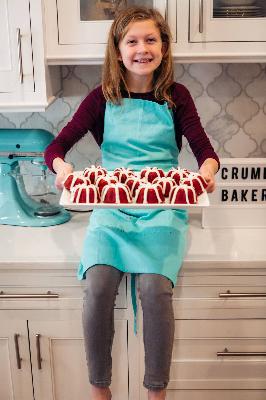 Cystic Fibrosis is a genetic disease that affects the lungs and digestive system. Tori Church was diagnosed with Cystic Fibrosis at the age of 3. Tori takes about 35 pills a day and does 2 1/2 hours of breathing treatments and chest therapies a day. She is an active 11 year old who loves soccer, volleyball, playing guitar and ukulele, basketball, and being with friends and family!

Sigma Iota Delta, Jared Eubanks was a friend to everyone whether he had just met you or known you his entire life. He was loved for his smile, his ability to make anyone laugh, and the way God's light shined through him. He was the definition of a Godly man and would have given everything he had to help anyone. What most people didn't see though was the struggles he faced medically during his short life here on earth. After years of a struggling with what doctors assumed was asthma that was difficult to control, Jared was diagnosed with CF his sophomore year of high school. He began breathing treatments in the hospital and by the time he was discharged he realized how much he had never been able to truly breath his entire life. Jared began daily breathing treatments and taking numerous pills daily just to remain healthy. He began living the life that everyone who has CF knows all to well. A life of constant medical treatments that take time, money, and alter your entire life. Jared thrived despite his diagnosis. So much that many people would never know how much his diagnosis influenced his daily life. Jared's fight with CF is not the only thing that altered his life though. During his junior year of college Jared's world was rocked with a diagnosis of pancreatic cancer. However, at 21 years old when any other person would have crumbled under the weight of these two diagnoses, Jared accepted the challenge and fought it head on. He had a strength and a peace that could come from nothing other than the God that had shined through him every day of his life. He fought both of these diseases until his last day. As he knew the end was approaching he was at peace with it. His fight with these diseases showed anyone who saw him a glimpse of the reason that Jared was so loved by so many people. His fight showed his love, his strength, and his passionate joy for life and that is what he will be remembered for as he lives on in the hearts of everyone who loved him.

There are approximately 30,000 Americans living with cystic fibrosis. They are moms, dads, sisters, brothers, daughters, sons, friends and co-workers who struggle every day just to breathe.

Please help us fight this disease for Jared and Tori and all others with Cystic Fibrosis.

Your gift will help add tomorrows to the lives of people with cystic fibrosis by supporting life-saving research and medical progress. Your gift is 100-percent tax deductible.