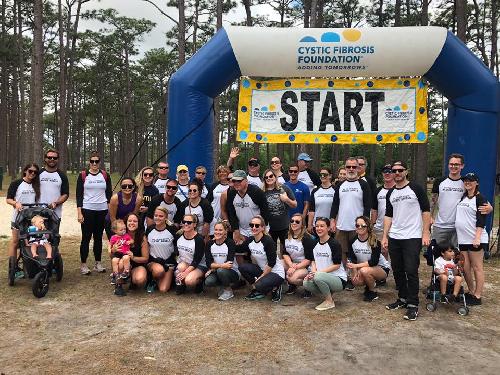 Team Alexis' Angels was created in 1994 and led by Alexis' mother, Nesha. At that time, the team participated in the Frederick, MD Great Strides where Nesha and her daughter resided. Alexis' Angels helped to raise thousands of dollars for the Cystic Fibrosis Foundation throughout the years with the help of friends, family, and business owners in the area.

After a move to Wilmington, NC and a few years in between, Alexis decided to relaunch Alexis' Angels and become Team Leader. She has led her team in Wilmington and Washington DC, continuing to raise funds for the foundation that has made such a tremendous impact in her life.

Join Alexis' Angels to help Alexis and all her cysters and fibros live to see CF stand for a CURE FOUND!