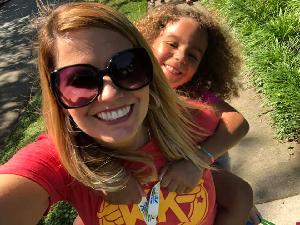 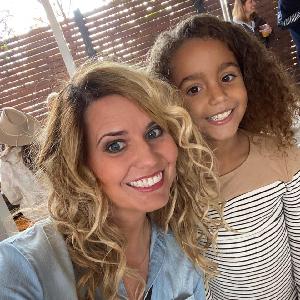 We are SO very excited that you are supporting us for the 2021 Great Strides Walk! Unfortunatley, due to COVID-19, this year's walk will be virtual again, but we are still so hopeful that you will participate with us!

Team Kure for Kennedy was created shortly after we learned of Kennedy's diagnosis with Cystic Fibrosis at 3 weeks old. When we learned of Kenendy's CF diagnosis, I immediately reached out to the Cystic Fibrosis Foundation for help and support, and have been involved ever since. Over the last 7 years, with the love and support of our family and friends, Team Kure for Kennedy has raised over $151,000 for the CF Foundation and know that one day our efforts will be part of an ultimate cure!

* People with CF lose more salt from their bodies when they sweat. Kennedy actually needs to eat more salt than the average person to compensate for this. Many people with CF are known to have salty skin- and it is rumored that in the middle ages, children with salty skin who passed away at young ages were considered hexed or cursed.
How does this affect Kennedy now?

Well, we do many preventative treatments. Kennedy does something called a "vest" for 40 minutes every day. She wakes up early (and not easily!) before school and does her vest for 20 minutes, and does her vest for 20 minutes before bedtime. We also do nebulizers for 15 minutes in the morning and 15 minutes in the evenings. Kennedy also sees a specialist every 2-3 months at UNC where they monitor her lung function. Within the month, Kennedy will surpass 1,000 hours on her vest machine!

In 2017 and the beginning of 2018 we experienced a lot of breathing related problems with Kennedy. Her pulmonologists at UNC put her on several different medicines, but we were not able to get it under control, which as a parent, can be a scary thing. Kennedy ended up being on steroids for wheezing and breathing difficulties about every 5-6 weeks (doctor wants to only see her on this 2 times a year!). Every time we went to UNC we would leave with more medications, and higher dosages.and we wouldn't see any improvement. Luckily, in March of 2018 we were approved for a medicine which has been a GAME CHANGER for Kennedy! Kennedy goes every month and gets 2 injections (and takes them like a champ! No tears!). Since we started this, Kennedy has only needed steroids ONE TIME! And we've come off of so many medicines that had been added to her daily regime! Kennedy is needing her inhaler so much less!

Now that you know a little bit about Cystic Fibrosis, we hope that you'll consider making a tax-deductible donation to the Cystic Fibrosis Foundation and Team Kure for Kennedy. All of the donations truly go towards helping extend the life expectancy and qualify of people just like Kennedy!