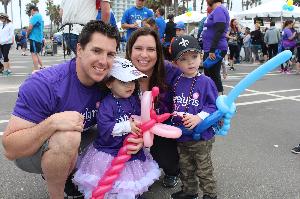 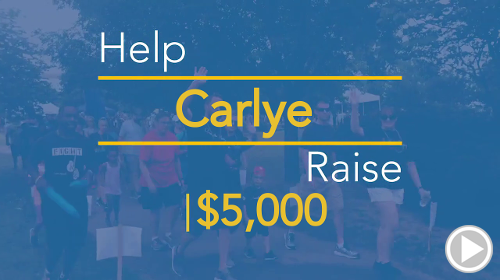 Hello my name is Carlye and my daughter has Cystic Fibrosis, this is my heart!

When you have a child with a terminal illness there are two ways you can go.  You can let it defeat you or you can defeat it.  We went through the stages of grief when we found out we were carriers of this disease and then we ran towards Cystic Fibrosis head first.  Cystic Fibrosis is hard on our family, but that is nothing compared to what Katelyn has to endure.  At 9 months old, Katelyn was put under general anesthesia to have a bronchoscopy, an MRI, a lung function test, and to have a wire put down into her tummy through her nose to check her digestion and reflux.  They pried her out of my hands and walked through those double doors in the hospital and 4 hours later we got to see her.  The news was she already had damage, she has been silently aspirating on reflux, her lung function was just okay and we had to clean out her lungs.  9 months old!  I held our baby girl so tight that night.  But I didn’t cry I wouldn’t let her see me cry.

She promptly pulled the wire out of her stomach so a few months later we took poor Katelyn to get the wire put back in so they could really see how the reflux was doing.  This time she was awake and I had to wrap my legs around hers and my arms around her body and hold her down, while she screamed and fought and they jammed a tube down her nose into her stomach.  But I didn’t cry, I couldn’t cry!

At 18 months, Katelyn had cultured Pseudo and we were back in the hospital getting a bronchoscopy, biopsy, and a lung cleaning.  They let me go with her this time and I held her while they put a mask with anesthesia on her face and I sang to her watching her eyes roll back into her head and holding her limp body.  I didn’t cry, I had to stay strong for her.  The results turned out to be Pseudo-FREE.  Yay! But she had more damage to her lungs and she had what they call mucous plugs which makes it hard to breath.  NOOOOO!

The best news came when we found out that Kalydeco was approved for 2 year olds.  Kalydeco is our miracle, the Cystic Fibrosis Foundation joined with Aurora Biosciences and on in 2012 the FDA approved this miracle drug for 6 and over and then in 2013 for 2 years and older.  We had kept Katelyn home during this time; no parties, no church, no friends.  But when she turned 2, life was going to start for us and her.  We traveled, we went to birthday parties, and saw family and friends we hadn’t seen for 2 years.  I cried with joy that our baby girl could live.

Katelyn started preschool, two days a week, and a month later we were in the hospital.  She had three viral infections and two bacteria growing in her lungs.  She had such high fevers we were having to pack her body with ice.  They poked and prodded her, but I still didn't cry.  She was so strong, I had to be strong beside her.

After we were released from the hospital that first time.  I drove to work and I cried, I cried, and I cried.  It was the realization that Katelyn could be taken away from me, that any one of those infections could have taken her to Jesus.  I cried to Jesus and I said “She is yours”.  I will fight for her while I have her, but Jesus she is yours and if you think it is time to take her, I will know she will be walking with you.  She will be able to breath, the damage to her lungs will be gone, she will not have to do hours of treatments, and she will live in eternity.  But, BUT I will fight to keep her here until that day comes.  I will do whatever is in my ability to let her live (not in a bubble) but to truly live.  I will not cry, so that she may be strong!  I WILL and So WILL SHE!

We haven't been in the hospital since Thanksgiving week 2016, and this is because of you...She has Kalydeco because of people donating to Cystic Fibrosis.  She is like a normal child, she gets colds and sick and other than hours of treatments she is getting better without going to the hospital.  We have been able to do things that we thought we would never do (Disneyland, Knotts, people places).  Our life is as normal as it can be, with all the medications, and treatments and doctors visits.  In addition, Katelyn got a new baby brother that she absolutely adores.

It is so hard for me to ask for money, however, this isn’t for me.  It is for the parents who find out they have a child with a terminal illness and they feel helpless, it is for the siblings who have to be without their parents while they are at the hospital and who have to wait to do fun things while their siblings are doing their treatments, and ultimately this is for the kids and now adults that have to live daily with difficulty breathing, tummy aches, medications, and more medication.  It is for a baby who is getting treatments done at 6 weeks old, or the toddler who can’t go play outside until they have taken all their medication and even when they finally get to play outside they have to take breaks just so they can catch their breath, it is for the school-aged student who gets sick the first week of school and misses a month, it is for the teen who cannot go to their prom because they are in the hospital, it is for the college student who has to move home because they are so sick, it is for the young adult who wants to have a family but fears the loss that child will have if they do not survive this horrible disease.  I ask, I beg, I plead for help so that all of these people can live a life where their dreams come true.