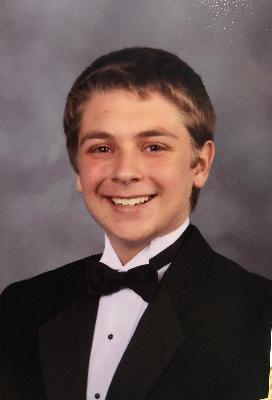 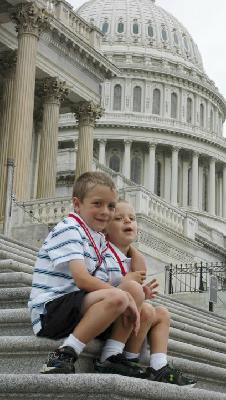 It was 19 years ago, Caroline took our one-month-old baby, Joey, for a well check. The day would end with him being admitted to the hospital with “failure to thrive.” Over the next week or so we tortured the poor baby and ourselves. I got irate when a priest offered to perform last rights. NOBODY WAS TAKING MY BABY FROM ME. After exhausting the local expertise, we were transferred to Wake Forest. Within half a day my wife and child slept in a darkened room while I looked out the window at an overcast sky hoping for another helicopter to land in the giant “H” painted just within my view. A nerdy man in a white coat walked in. We came to know him as Dr. Rubin. He proceeded to explain why our world had turned topsy-turvy. Joey had cystic fibrosis.

Fast forward to present day. There have been many highs and lows along the way. Joey would miss the equivalent of an entire year of school between fifth and eighth grades and still maintained to grades and added high school courses to his middle school load. Now he is as healthy as he has ever been. He's left home to go to learn to be an Architectural Engineer at The University of Texas at Austin. He's found his place in the world and has never been happier. He's been out of the hospital for 1000 days and counting. He used to be admitted 3-4 times a year for a week or so each time. He has a future ahead that “is so bright he has to wear shades.” That is not an accident. That is not happenstance. That isn’t just luck. No, it is because of hundreds of thousands of dedicated people at the Cystic Fibrosis Foundation, the affiliated researchers, and an even greater amount of donors. For years we have used the motto that “money buys science and science buys tomorrows.” Because of people giving a little to a lot to CFF we have purchased tomorrows for thousands in our country and across the globe. We have turned a death sentence into a fighting chance at a relatively normal life. We have not found the cure, but the researchers and foundation have developed therapeutics that correct the disease on a cellular level. We have come so far just in Joey’s life.

I honestly feel like we have the cure within our grasp. Is that a week away, a year, a decade? I don’t know. Often the final hurdle is the hardest to clear.

CFF is frugal and ranks near the top of all charities for wise use of donations. So wise, that I actually in fact, would pay their staff a little more. However, I can’t argue with their results. From the first day Joey left the hospital the foundation provided us with thousands of dollars of life-saving medicines to today giving my baby a future -- donors and the foundation have supported us. As a family we know we have existed on the kindness of friends and strangers alike and we do whatever we can to pay it forward. If you can, please give. If not, please tell a friend about the disease- awareness is a gift unto itself.

Peace and may God’s love shine upon you.
“Big” Joey Benton