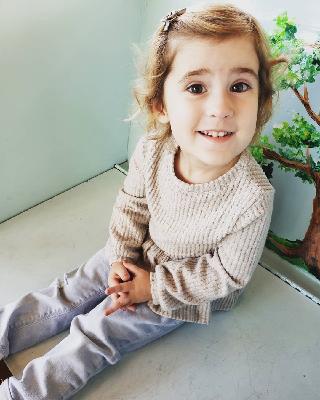 Great Strides is a fun, family-friendly event that raises awareness and support for people with CF and their ffamilies.

Ellie had surgery at less than 24 hours old. She spent 16 days in the NICU at riverbend hospital in Eugene and we stayed in a hotel down the street visiting her all day, cuddling and soaking her up. Her surgery was for what we thought was a blockage in her intestines but when the surgeon got in there she discovered no blockage and Ellies poop in her intestines was like dried out playdough. So she had to clean Ellie out and did tests to make sure her nerves in her colon were alive. If they weren't she would have been diagnosed with Herschprungs disease which is when some or all nerve in the colon are dead which could have led to more intensive surgery. But they came back alive which left us with the 2 possibilities, cystic fibrosis or just a 1 in a million chance it just happened and all would be normal after. Most states do testing for Cystic Fibrosis in the newborn screening and that confirmed it for us. About a year later they did a sweat test which also came back positive for Cystic Fibrosis. A sweat test is a small item they put on you that soaks up your sweat and tests the salt in it. People with cf have more salt in their sweat which can show on a hot summer day after they get sweaty you may notice salt crystals on their skin. Also you can taste more salt if you lick a person with c.f. which is how they used to know to test for it a long time ago.

We thank you so much for all the support and are THRILLED to announce your efforts have helped us get FDA approval on a triple medication that will help 90% of the CF Community including Ellie!!! That being said there are 10% of the CF Community without this life saving treatment and we still need your help!!! Help us support until CF stands for Cure Found!!!