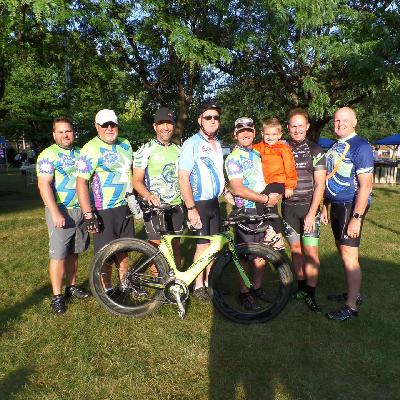 Join Our Team and help Add Tomorrows for Nolan and other fighters!

Thank you for visiting the TEAM NOLAN Page!

SCROLL DOWN TO LEARN MORE ABOUT NOLAN AND HIS CF.

CF Cycle for Life is a unique event that empowers cyclists to take action and demonstrate their fight in finding a cure for Cystic Fibrosis in a tangible, emotional and powerful way.  We invite you to join our team, make a donation and/or help us raise funds to support the CF Foundation’s mission of finding a cure and improving the lives of those living with CF on behalf of TEAM NOLAN.

Currently, there are 30,000 Americans living with Cystic Fibrosis who struggle every day just to breathe. Just recently ... Nearly half of the CF population is age 18 or older. This is powerful and amazing!!!!

Cystic fibrosis is a life-threatening, genetic disease that causes persistent lung infections and progressively limits the ability to breathe.  In people with CF, a defective gene causes a thick, buildup of mucus in the lungs, pancreas and other organs. In the lungs, the mucus clogs the airways and traps bacteria leading to infections, extensive lung damage and eventually, respiratory failure. In the pancreas, the mucus prevents the release of digestive enzymes that allow the body to break down food and absorb vital nutrients.

Who is Team Nolan? Team Nolan is comprised of everyone who knows and loves Nolan: his family, friends, his parent's co-workers and more.  We, as his family, are humbled by the support we continue to receive on behalf of him.  In Nolan's honor, his Dad, Grandpa, Uncles, Cousins and Friends have been riding for him since 2013.  We have been lucky enough to raise over $50,000 in his name.

How is Nolan doing? Nolan was diagnosed with CF at 8 days old, in 2011. In January, 2017 he was diagnosed with Liver Disease. As of his December 2017 annual appt, his tests all came back ok. He was put on another nebulizer treatment/daily, an appetite stimulant to help gain weight and will soon be taking ORKAMBI.  Daily, Nolan does 4 nebulizer treatments (totaling 40 minutes), 2 vest treatments (totaling 40 minutes), takes almost 20 pills daily.

Nolan’s Gene is Double Delta f508. This mutation is the most common with 80% of the CF population having it. They have funded research for a new medicine which would offset some symptoms of CF with this mutation -- ORKAMBI. Nolan is currently taking this and we have seen improvement, however we're hoping Symdeko becomes approved soon for his age group, as this is an even better miracle drug for his mutation!!