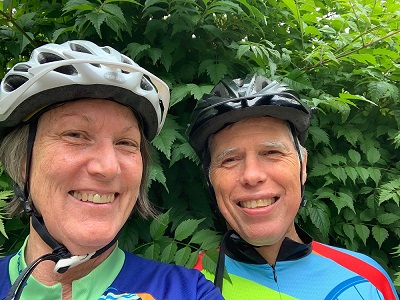 Evan's Easy Riders has been participating in the Cystic Fibrosis Foundation's Oregon Cycle for Life since its inception in 2010.

Our namesake, Evan, was diagnosed with Cystic Fibrosis when he was four years old. He was a very sick little boy and was immediately admitted Doernbecher Children's Hospital for his first of many, many stays. Now, twenty-four years later, Evan is a thriving young man and has remained out of the hospital for over two and a half years.

Ten years ago, Evan took part in the early clinical trials of Kalydeco, a modulator drug designed to correct one of the fundamental cellular defects causing Cystic Fibrosis in patients with the Delta 508 mutation. Since that time, improved medications have become available. The latest is Trikafta, which has improved the lives and promises to greatly lengthen the lifespans of the majority of people living with Cystic Fibrosis.

To say this is a miracle is an understatement, but this is not the end. There are still people with different mutations that do not have effective modulator medications. The Foundation has vowed to continue the fight until a cure is found for all of those fighting this disease.

This is why we ride.