A National Family Team has 3 or more teams participating in Great Strides, and can be walking at the same walk site or at walks in different states across the country.  Registration is free, but teams are highly encouraged to raise funds to support the mission of the Cystic Fibrosis Foundation.

A team may be made up of family, friends, colleagues, classmates, neighbors and anyone else who wants to join the fight against cystic fibrosis. One team leader at each walk site recruits walkers who work together to help reach the team’s national fundraising goal.

Benefits of becoming a National Family Team include: 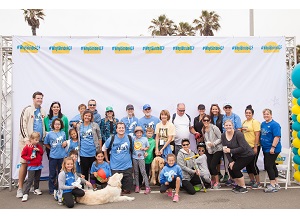 Abby’s Army became a national team in 2007 when Abby was first diagnosed at 4 months. It was an easy choice to not just be a local team because we have family across the country that want to support Abby but aren’t able to physically participate with us. It also helps friends and family connect to their local chapter and get involved. Abby’s grandma volunteers at the Indiana walk and runs a craft table for little kids. We also do a team t-shirt for Abby’s Army that all of the teams receive. It’s so fun to see the pictures on Facebook of people supporting Abby across the country.

As Abby gets older, she starts to recognize that people walking for her. She calls them “her army.” She feels supported from friends and family far away, and for she feels that people are behind her fighting this fight with her. Because CF can be such an isolating disease, it’s so important for Abby to feel like people are here for her. 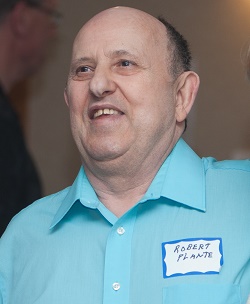 Donate to a Walker

Search for a walker to make a donation, or make a general donation.